Four years ago Charlie started swallowing air resulting in a huge, pregnant-looking, painful belly. One of the doctors I took him to said it couldn’t possibly be from air swallowing and ordered a number of expensive tests. I then took him to another doctor who ordered more tests. Turns out it was just air. Now he’s swallowing air again. Every day now he has a stomachache although his stomach is flat, so he’s at least swallowing less air than he was at age six. So anyway, he didn’t feel well enough to go to Stanley Park Sunday. Instead Laurel made me a card, and we walked to a nearby park and watched a bit of a cricket match on the way home. 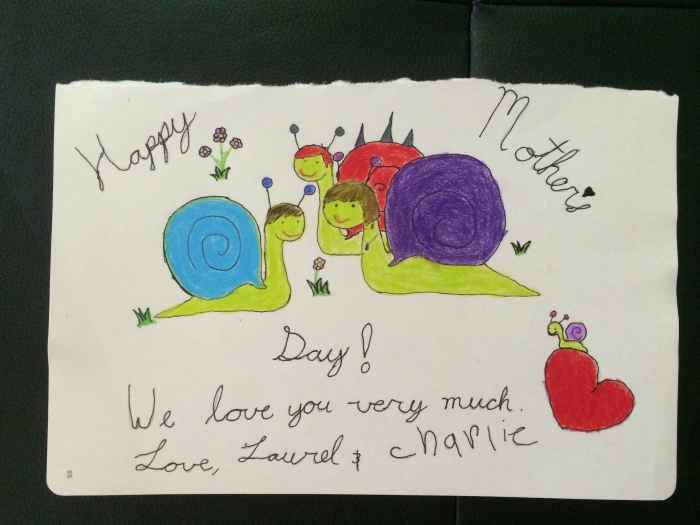 Even as a snail, Laurel is cool with her spikes. 🙂

Monday we went to Stanley Park and rode in a horse-drawn carriage/wagon/bus for a one-hour tour. 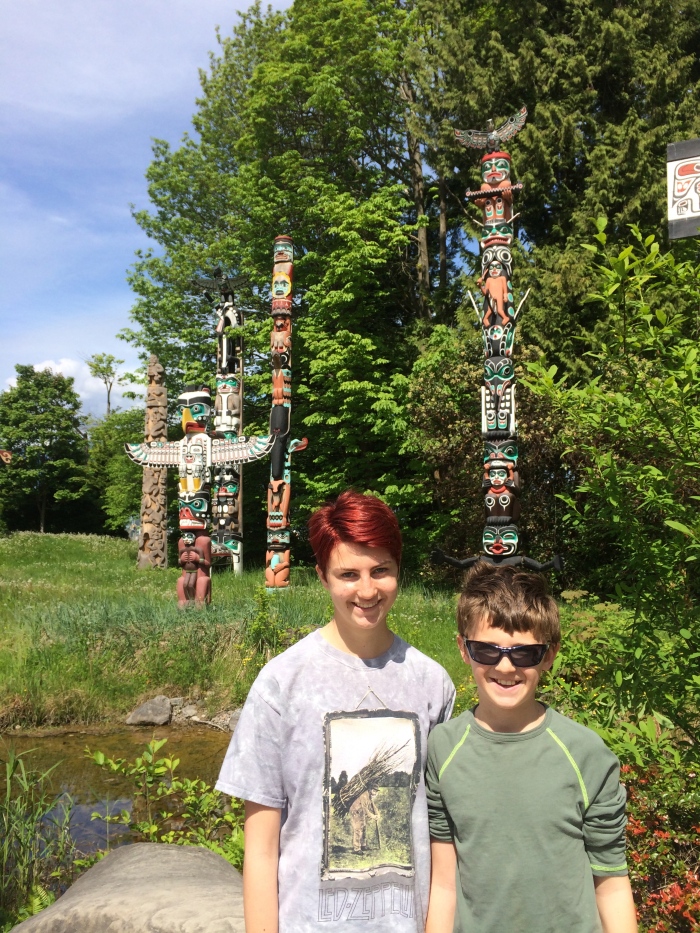 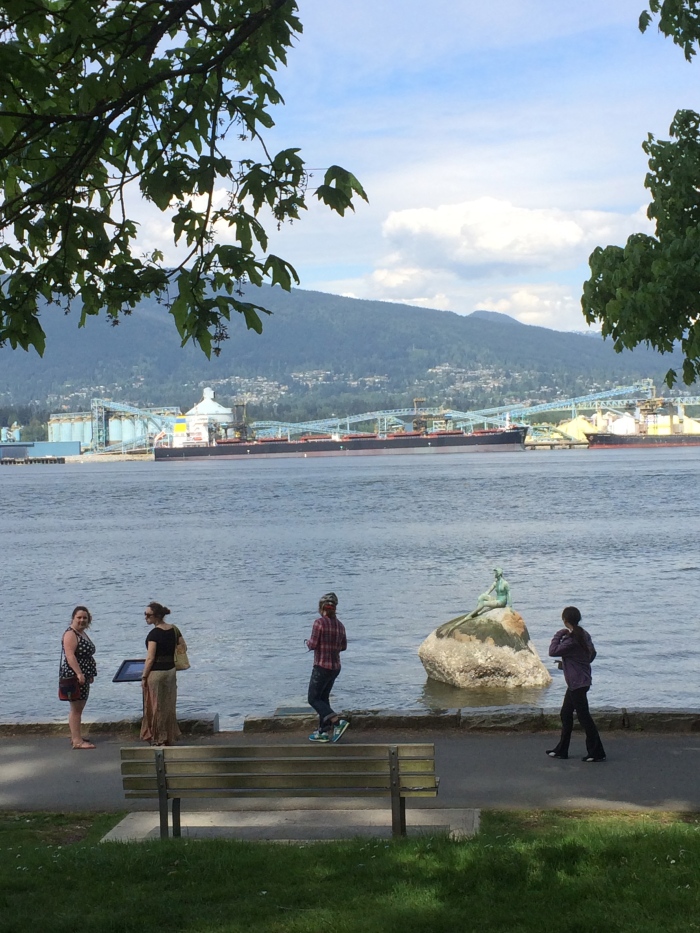 Today we went to Capilano Suspension Bridge Park in North Vancouver. In addition to the pedestrian suspension bridge, there are a variety of other staircases and bridges through the forests of douglas fir, red cedar, and hemlock. We saw a group of Asian high school students in their school uniforms walking through the park. In the gift shop we heard a cashier ask one of the students if he was tired. He said that he was after the nine-hour flight from Japan today!

We went on 20-minute tour in which we learned the history of the park. Our guide told us that the poles like the ones behind him and in other places around Vancouver are not totem poles which are prayer poles. The ones here are story poles. There are also house poles that the First Nations (Canadians’ name for Native Americans) tribes of the Pacific Northwest used to support the big house in a community – a cedar home that 15-20 families lived in. 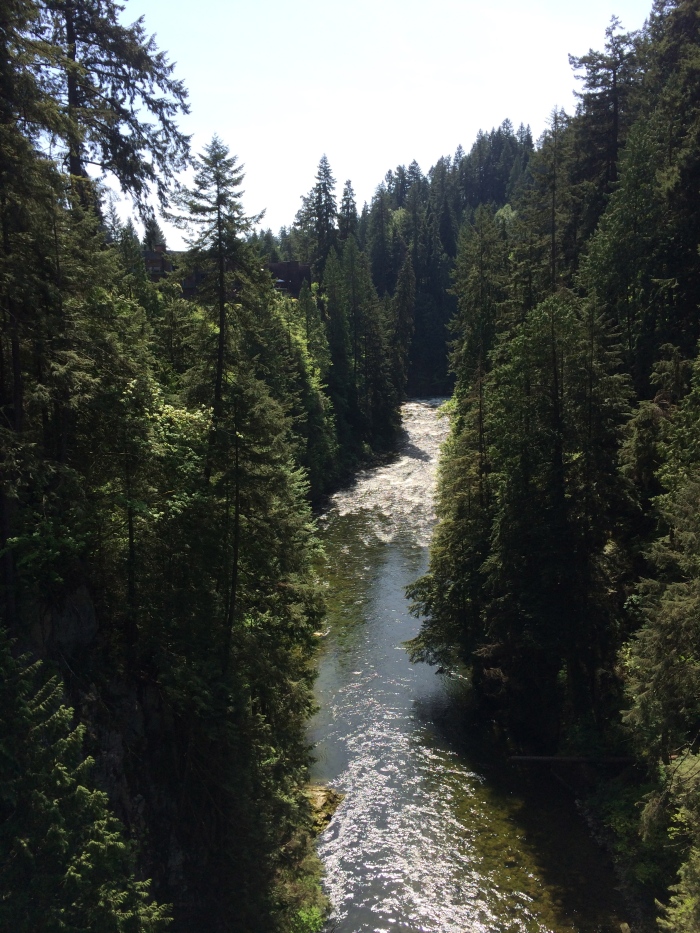 One thought on “Stanley Park (again) and Capilano Suspension Bridge”