I still have a bit of a cough, and Laurel’s jaw still aches from the surgery; but I think we may be well enough and the rain may stop long enough to do some sightseeing this week. Yeeha! In fact we already started yesterday. Friday we walked to Queen Elizabeth Park where we walked around Bloedel Conservatory and then ate an early Mother’s Day dinner at Seasons where we’d eaten once before. 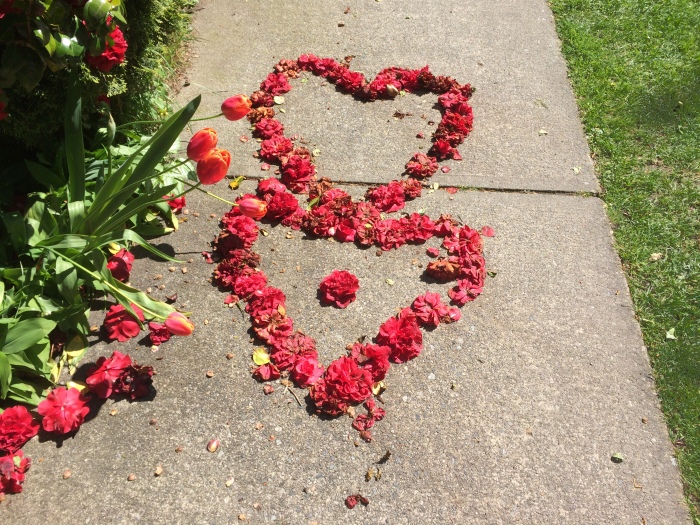 This was on the sidewalk across the street from our house.

There were lots of tropical birds at the small conservatory. The larger ones had their wings clipped so they wouldn’t peck people. That made me sad, but they were fun to watch. 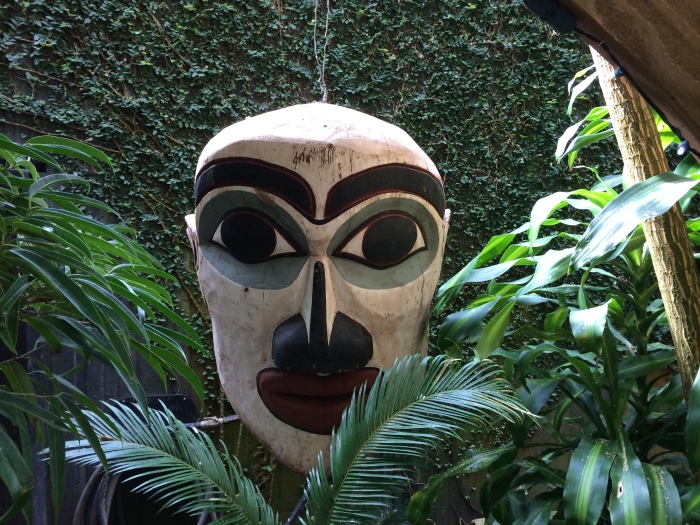 Saturday (today) Laurel walked a mile and a half to the train station and then took the train a half hour east to a suburban park and sushi restaurant where she met a friend, Megan, who she’s been talking to in the NaNoWriMo (National Novel Writing Month) teen forum. 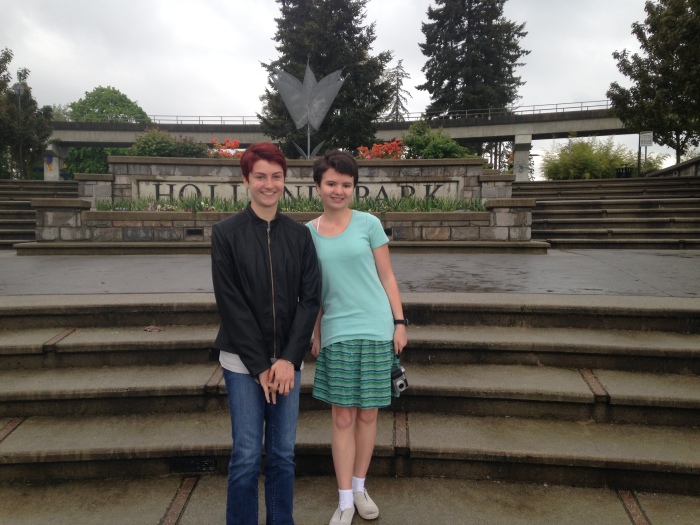 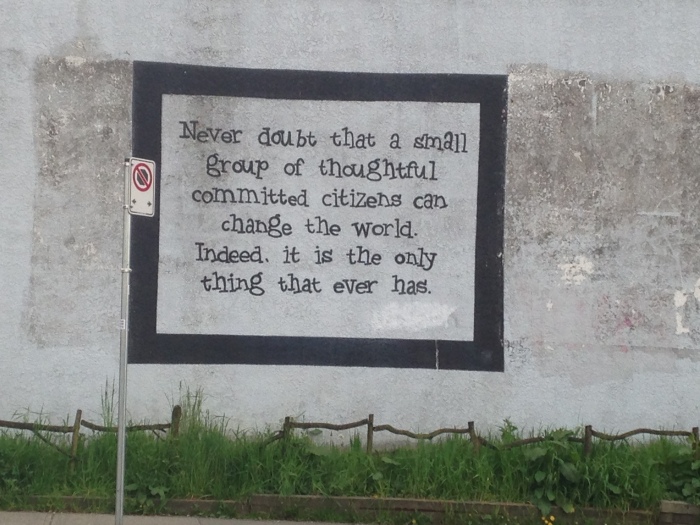 Laurel took this picture as well as pictures of pretty tile work at Holland Park today.

Meanwhile I took Charlie swimming near QE Park at the indoor pool that features a lazy river he really liked.
Tomorrow we hope to go to Stanley Park a second time. Monday we may go to the Capilano Suspension Bridge in North Vancouver.

One thought on ““I made it throooough the rain…””