We took a taxi to the ferry terminal Thursday morning, and took the 90-minute ferry (from which we saw an Orca whale!) to Vancouver Island.

Upon deferrying, we took a one-hour, public bus ride to Butchart Gardens – a total of four hours from our apartment to the Gardens – where we ate lunch and enjoyed the beautiful scenery for hours. 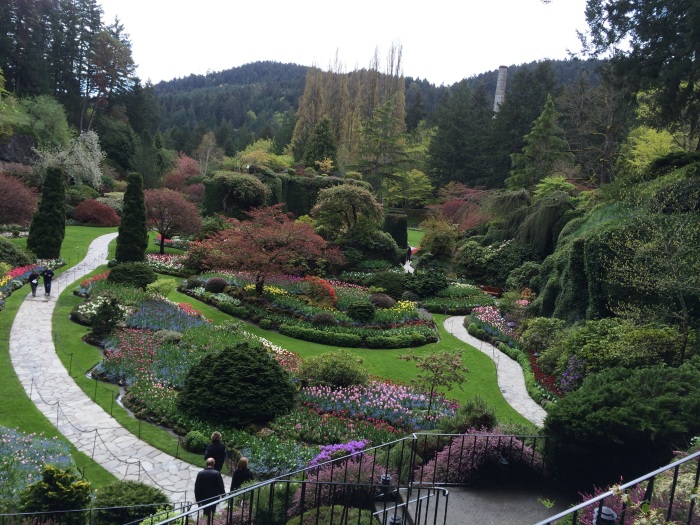 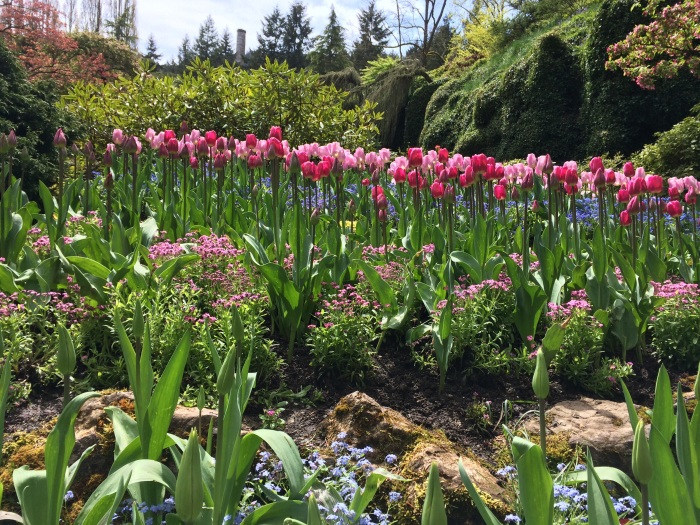 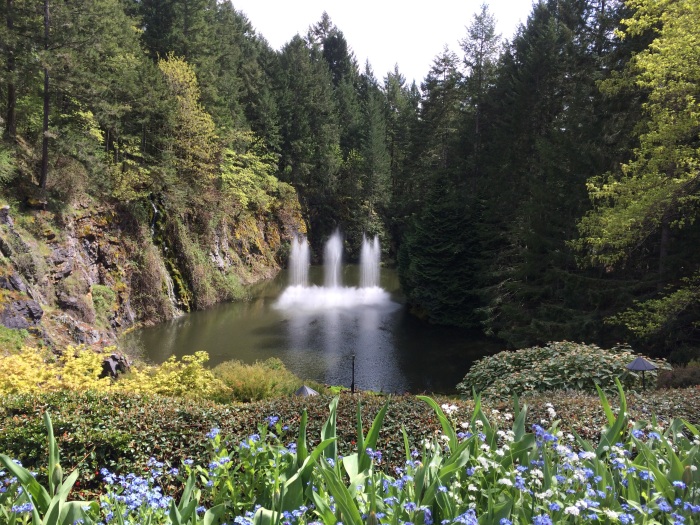 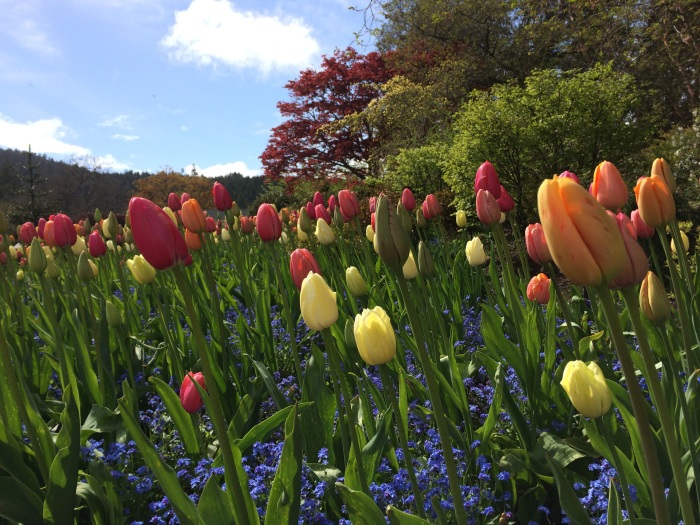 We left there at 4:00 to take another long bus ride to Victoria where we’re staying two nights. Since Victoria is the capital of British Columbia, we toured the parliament building today. 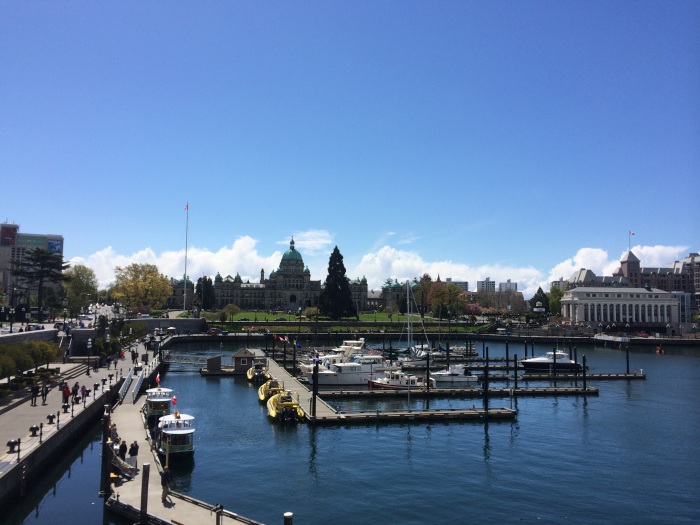 Everything’s been beautiful, but it’s been kind of a stressful couple o’ days. Charlie developed a terrible cough before we left Vancouver, possibly because he’s not getting rid of the snot from his cold
since he still doesn’t know how to blow his nose. I looked up whether this is a common thing for autistic kids, and it is. There are numerous posts about it, including an instructional video featuring a non-verbal, autistic 17-year-old boy blowing cotton balls across a clip board while covering his mouth. It made me sad, but I guess I’ll try it with Charlie. Meanwhile, Laurel continues to be a mucous factory and had used up all our hankies, so I bought some tissues at a gift shop. They’re very rough and made Charlie’s skin under his nose bleed when he was awake for hours coughing during the night and brutally wiping his nose. At least I think this is what happened. I slept on the sofa last night while the kids slept in the king-size bed. When I went in to say “good morning,” Charlie was in the bathroom; and there was blood on his pillow, both sheets near the pillow, and the duvet cover. It didn’t look like a crime scene; there were just tiny drops everywhere.

Laurel said, “I’m supposed to blow my nose on the Canadian flag?” I didn’t think about the strangeness of the tissue decor when I bought them. Today we came across an Irish linen store and bought several hankies. Yay!

2 thoughts on “Butchart Gardens and Victoria”