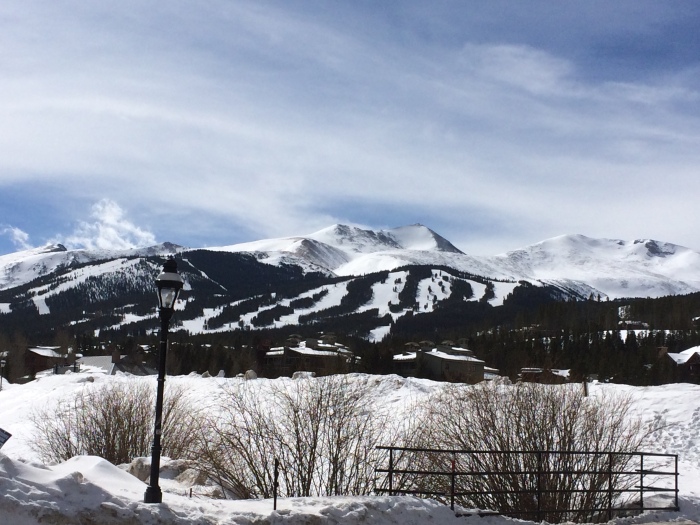 A few months ago I bought into a timeshare that has properties (or arrangements with other companies who have properties) all over the world. This is how we came to reserve a condo for the first week of March in Breckenridge. Grand Timber Lodge is beautiful, and we’re really enjoying our stay here. It’s been 14 years since I skied, and the kids never have. A couple weeks ago, I bought one-day lift tickets (Breckenridge is REALLY pricey.) and one-day ski rentals. Since a private lesson costs $525, I thought that instead I would teach the kids what little I remembered. But we all had anxieties about the whole prospect, so I cancelled the lift tickets and ski rental; and we decided to take advantage of the many other activities Breckenridge has to offer.
On Sunday we swam at one of the indoor/outdoor pools at our condo complex. On Monday we took the free shuttle to the Breckenridge Recreation Center where we swam and walked laps around the indoor track. I was really feeling the altitude; at 9,600 feet, it’s one of the highest cities in the US. Tuesday we took the shuttle downtown where our waitress at lunch gave us Mardi Gras beads. Then we headed over to the gondola and took it up to the base of one of the ski runs where the views are beautiful. After taking the gondola back down, we walked down Main Street which is the largest historic district in Colorado. Later we walked through an ice castle and then watched the 15-minute Mardi Gras parade. A young man across the street from us who was watching the parade with his friends inexplicably had a public address/microphone at his disposal and declared the short parade, “Lame. F***in’ lame.”
The laid-back atmosphere in Breckenridge is charming except when you actually need to schedule something, and then it’s kind of annoying. Mostly it’s charming though. 🙂 The downtown is so pretty – the old buildings have been well maintained – I can’t believe we’ve never been here before now.
Wednesday we’ll go dog sledding, Thursday cross-country skiing, Friday ice skating, Saturday back to Denver. 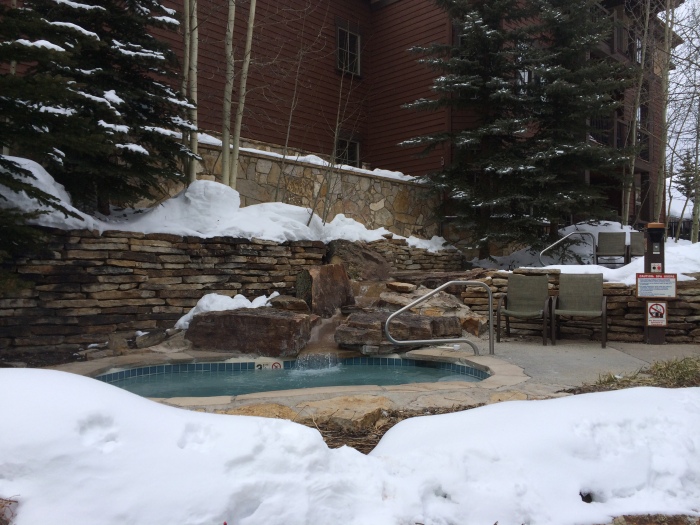 One of the outdoor hot tubs at Grand Timber Lodge

Downtown Breckenridge (Fencing is in preparation for the parade.) 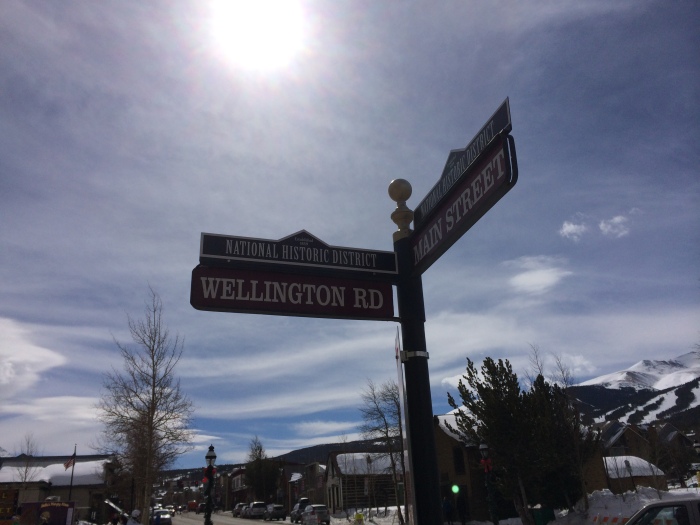 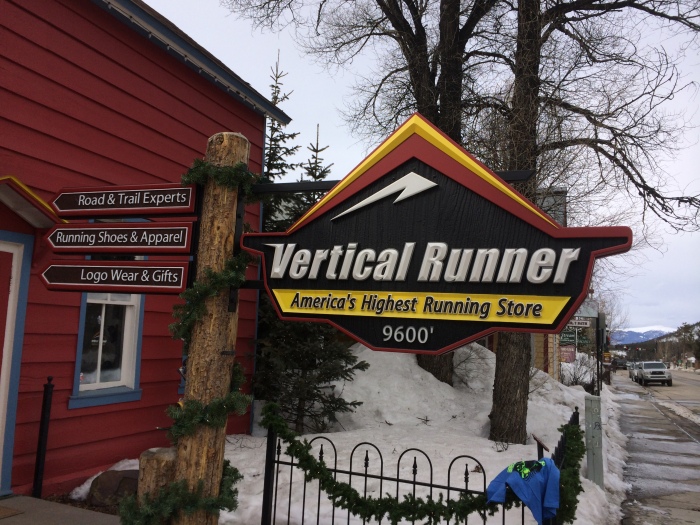 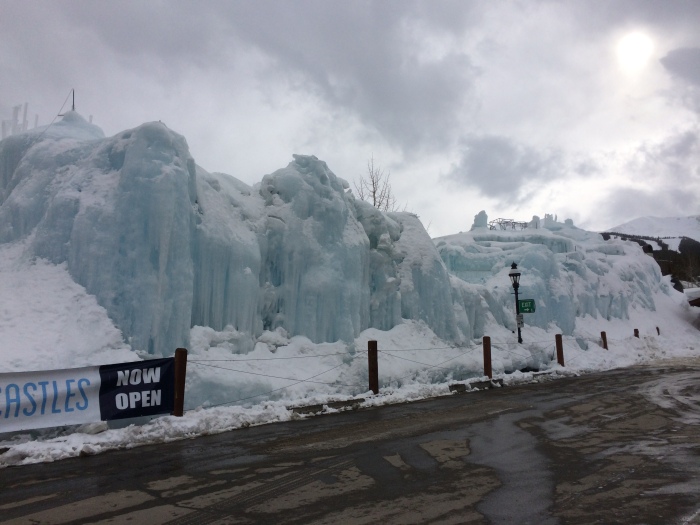 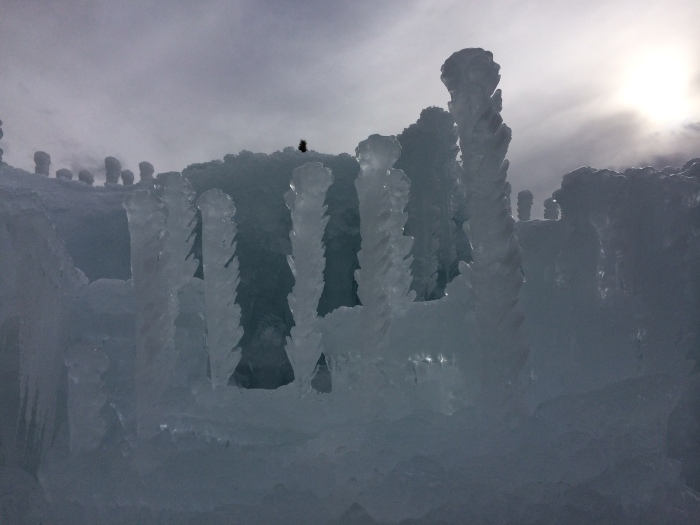 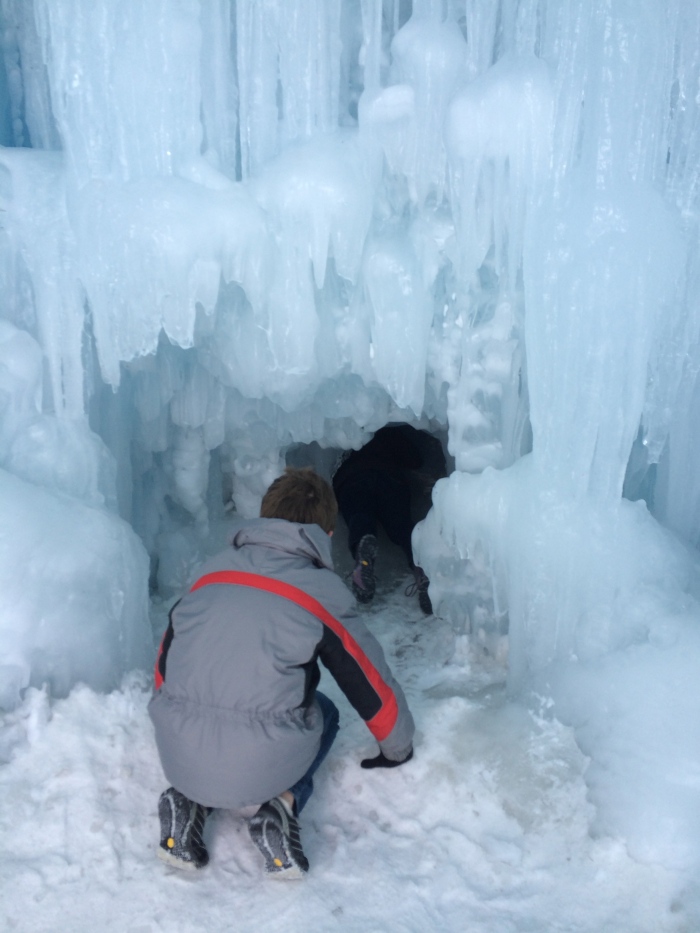 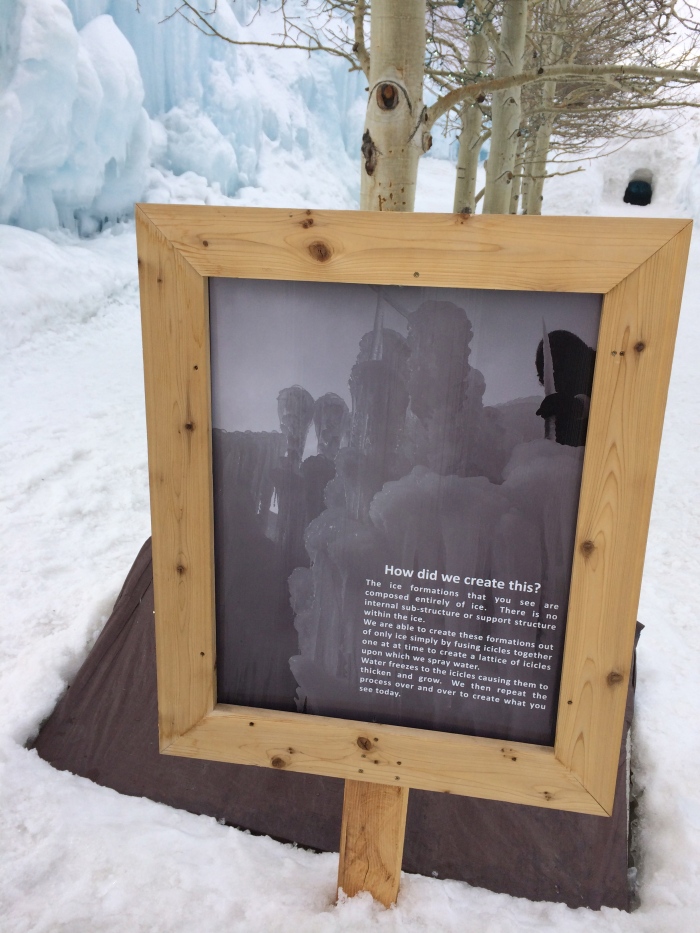 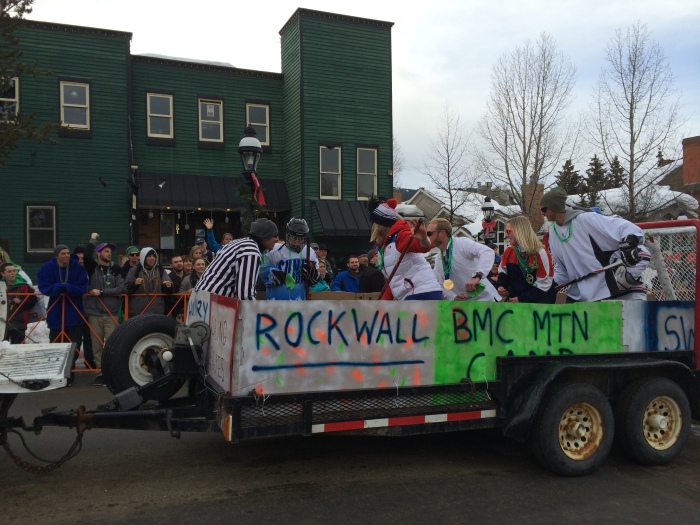 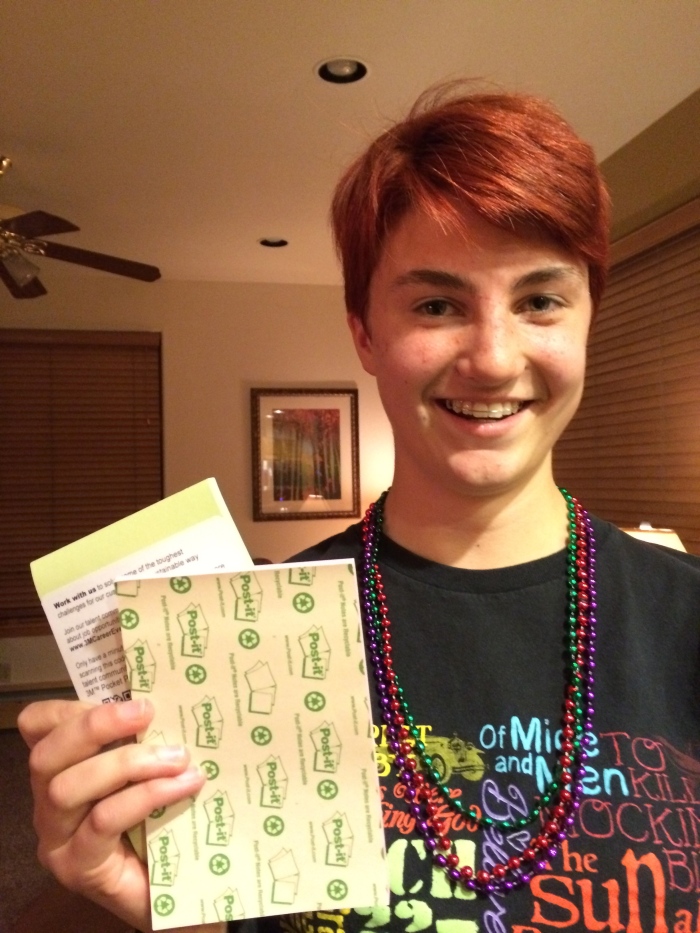 In addition to beads and candy, we received 3M pads and pens from parade participants. Laurel said that Mardi Gras – Breckenridge style – involves people shouting, “Show us your post its!”