We had fun dog sledding through the forest today. I was surprised by the number of live lodgepole pines I saw there. I thought pine beetles would have killed them all by now, but one of the bus drivers I talked to said the last two years haven’t been as bad as previous years. A Denver Post article I found from December 2013 says the beetles have eaten about all the lodgepole pines that they’re going to and now may move on to the ponderosa pines at lower elevations.
All right, back to the dog sledding. Our guide on snowmobile led the group – the three of us and two other sledders. Three of us rode on a sled/carriage attached to the snowmobile while two others were on the dog sled – one standing/mushing, the other just sitting – along for the ride. We kept rotating between the snowmobile sled and the dog sled. I thought it would be scary, but the dogs aren’t that fast. It was fun, but not thrilling. Charlie really liked it. 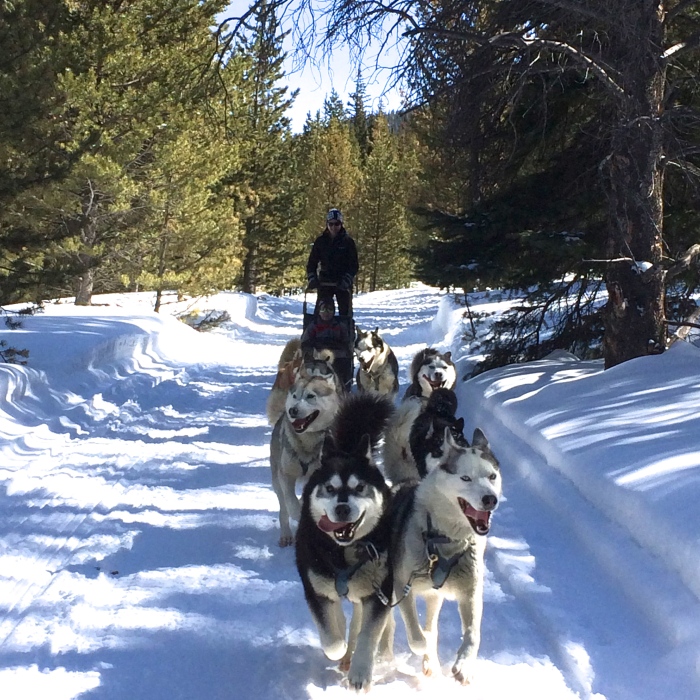 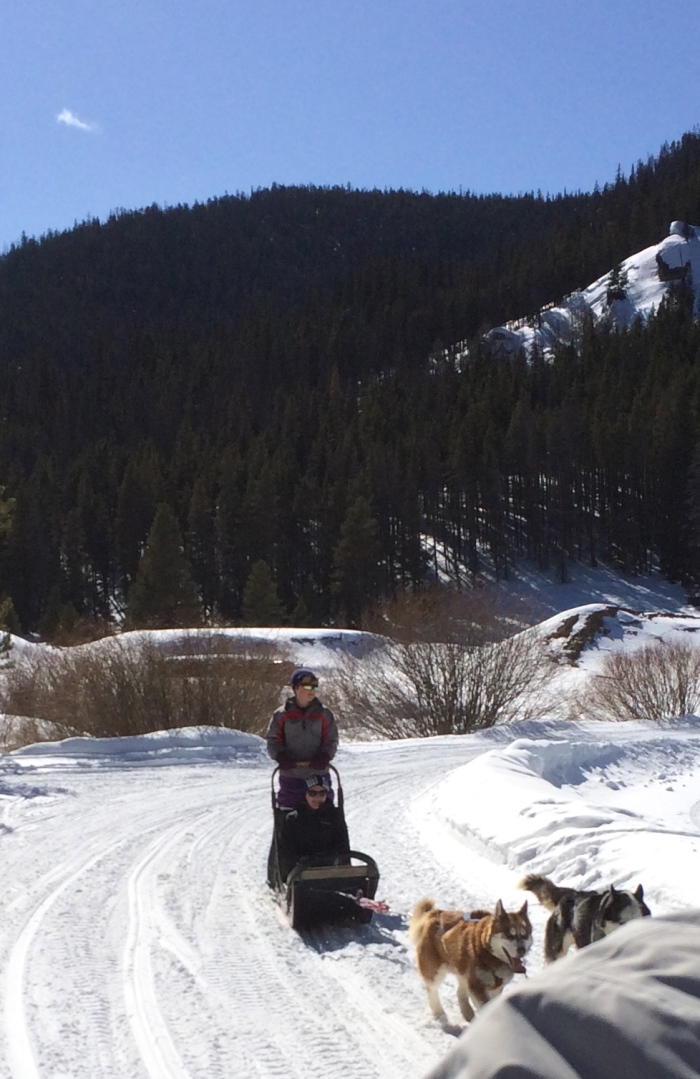 Charlie reluctantly agreed to mush towards the end of the journey. He wouldn’t brake as we came back into camp, and the guide had to jump off the snowmobile and on to the sled with Charlie and step on the brake.