We took the DART (Dublin Area Rapid Transit) train 28 minutes northeast from Tara Street Station to Howth on Sunday.  It’s a pretty town on the Irish Sea with a very popular (especially on a sunny Sunday) cliff walk where we heard more French, Spanish, and American voices than Irish.  I’m sure it’s even better in the summer when, according to the trailhead sign, there are seals, porpoises, and minke whales swimming nearby as well as heather that’s in bloom on the hillsides.  Then I’m guessing the trail is really, REALLY popular. 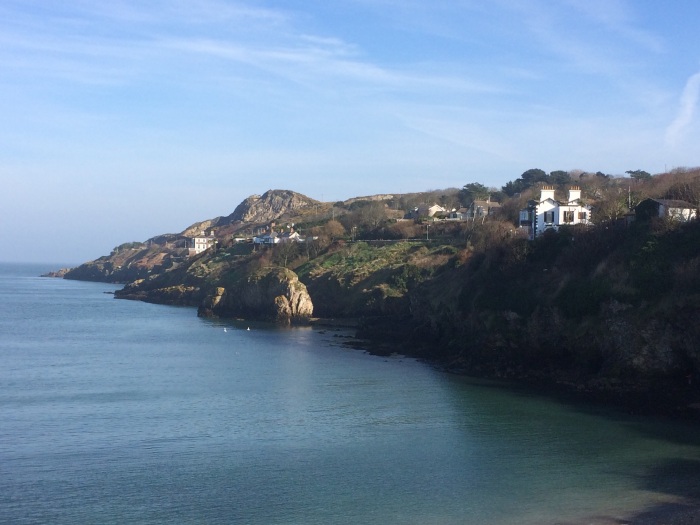 In the morning of Friday, March 20, the 4th anniversary of Wayne’s death, we tried in vain to see the solar eclipse – too cloudy.  In the afternoon we walked to the National Museum of Ireland where we saw the Faddan More Psalter (the book of Psalms written in the 800s and found in a bog in Faddan More, County Tipperary); an exhibit on the naturally-mummified bog bodies; and the intricately beautiful Cross of Cong which was made in the 1100’s, kept at the Cong Abbey in County Mayo, and supposedly used to hold a piece of the true cross. 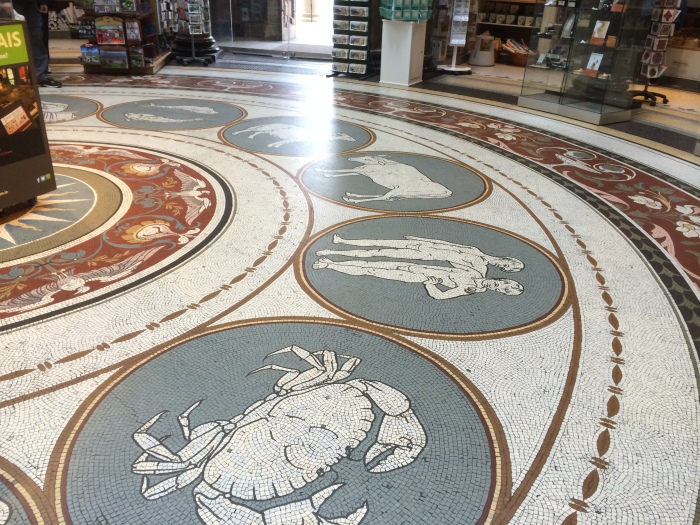 The National Museum of Ireland building is an exhibit in itself. The large, open entryway features the zodiac in tile mosaic on the floor. 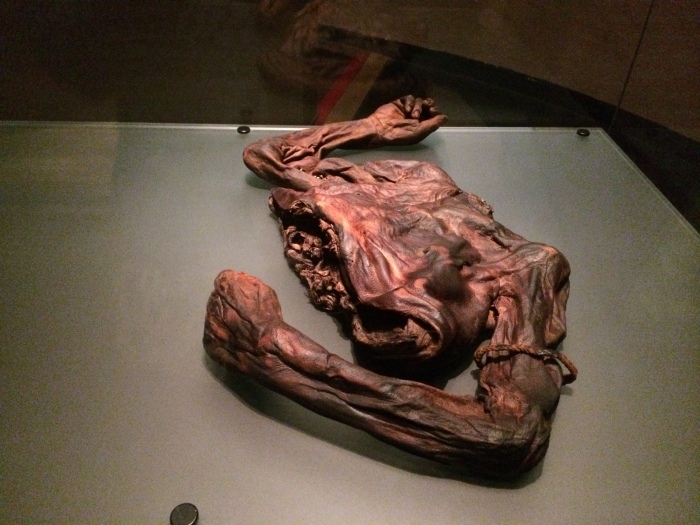 This portion of a corpse found in an Irish bog several years ago dates to about 200 BC. Analysis shows he was about 6’6″, 25 years old, had nicely manicured hands (We could still see that in the display.), and had his nipples cut off. The nipple cutting may have been to show that he would/could never be king because sucking the king’s nipples was a sign of submission. Can’t be king with no nipples to suck. 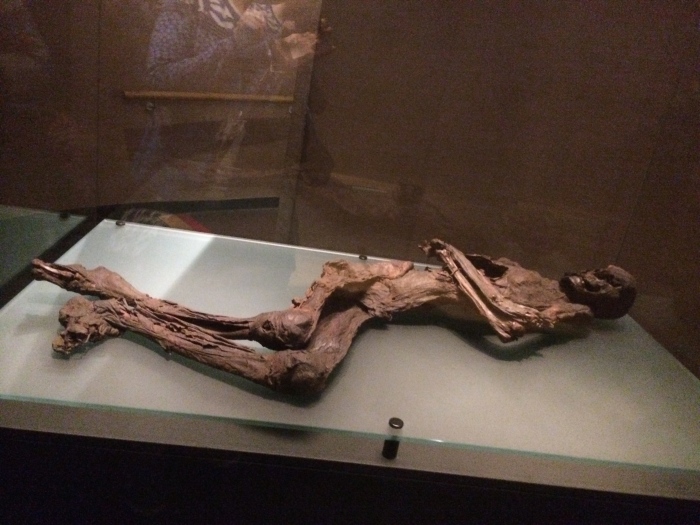 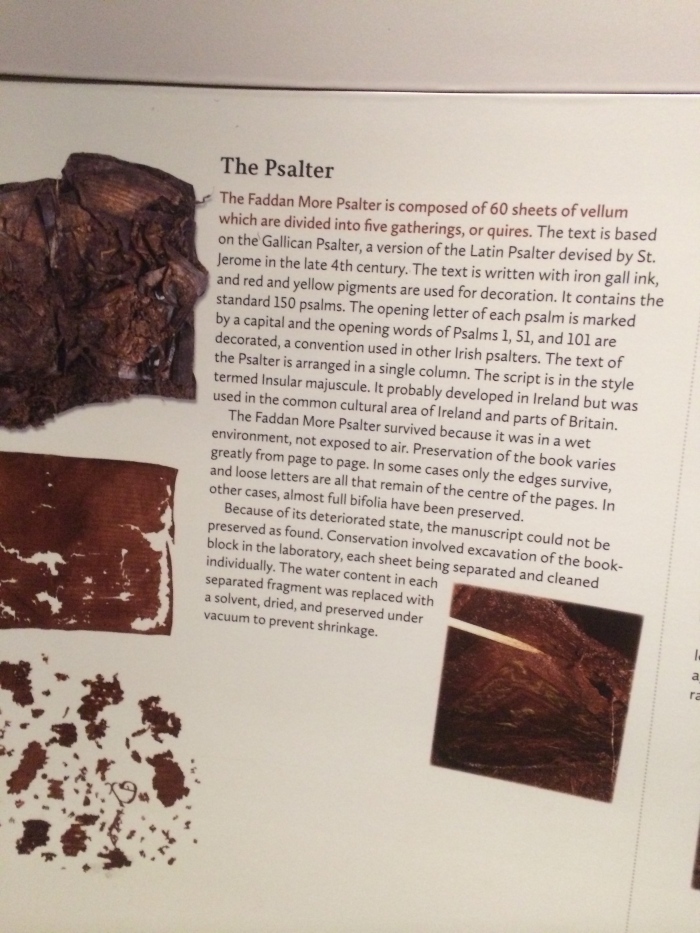 National Library of Ireland: The Irish take their literature quite seriously. The inside of the library is beautiful and mostly green, but I could only photograph the front entryway. We had to leave our coats and bags in lockers just past the entry. Only library ticket (card) holders can look at books which cannot be checked out and which are retrieved by a librarian from a non-public room. I guess the Library of Congress is kind of like that…but you can take pictures in the Library of Congress. I don’t know what the American equivalent is.

We’ve done a little more Dublin sightseeing, but I’ll include those on a future post.  Tomorrow (Tuesday) morning we take the train to Galway where we’ll spend three nights and go horseback riding (Tuesday afternoon), take a ferry to one of the Aran Islands on Wednesday, and walk a path along the Cliffs of Moher on Thursday.  I’m still not sure exactly what kind of hiking we’ll do.  There’s a new (2007) trail built with private money but open to the public for a fee – not sure how much or where we pay.  It’s supposed to afford fabulous views along its 18 km but is also narrow and a misstep away from falling to your death.  So that part doesn’t appeal to me.

One thought on “The Krugers are in the Howth! Plus: Nippleless, manicured, bog people”