We toured the Irish Whiskey Museum Friday, and I got to taste three varieties at the end.  It’s smooth!  (Unlike scotch which we learned is smoky tasting.  I’m not a spirits conneissur, so all the info was new to me.)  We learned:

1. The term “wake” for an Irish funeral comes (supposedly) from a time when so many people drank Irish whiskey that they’d pass out drunk…or dead.  It was hard to tell the difference.  So they’d put the body in a casket in the pub and wait a few days before burial to make sure the person didn’t wake.

2. The term “whiskey” is the anglicized word for the Irish word uisce which means water.  In the early Middle Ages, Irish monks used the term “uisce beatha,” to refer to distilled alcohol – the Irish translation of the Latin aqua vitae, water of life.

3. Irish whiskey was a booming business in the 1800s.  Exports dropped considerably during Prohibition in the US and took many years after Prohibition’s end to bounce back.  Exports to Britain stopped around this time as well because of the war for Irish Independence from Britain.

This weekend the kids walked to Phoenix Park, and we all walked to large, beautiful St. Stephen’s Green (below). 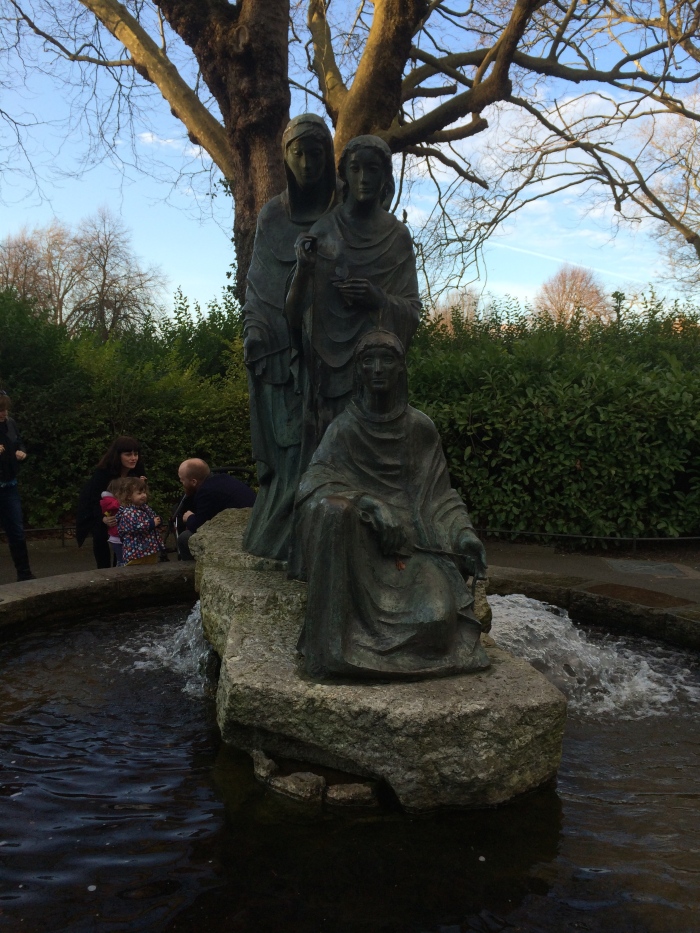 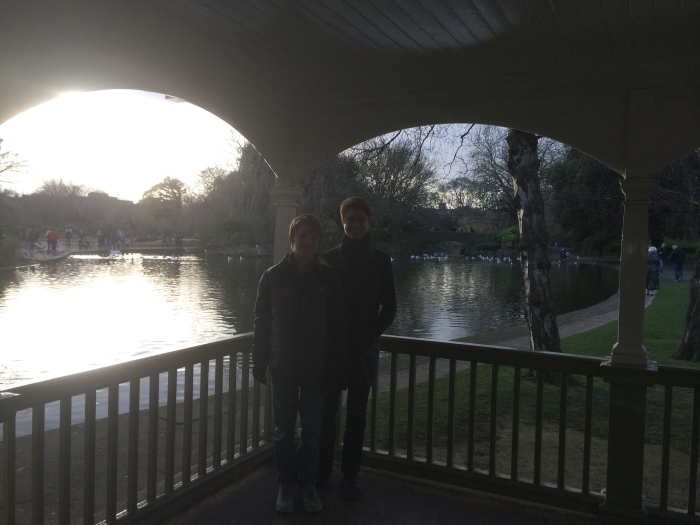 Today we walked a couple miles west and toured Kilmainham Gaol, built in 1796 and used as a jail until 1924.  Its history is as tragic as you might imagine.  Among the many stories that our tour guide Bernard told us was of Joseph Malin, the 2-year-old son of Michael Malin, a political prisoner who was executed at Kilmainham for his role in the 1916 Easter Rising.  Shortly before his execution, Michael Malin said he wanted his son to become a priest to atone for his (the father’s) sins.  Today 101-year-old Joseph Malin is a retired Jesuit missionary who served over 60 years in China (not sure how that worked after the Communist takeover).  He continues to enjoy good health and plans to attend ceremonies at the jail commemorating the 100th anniversary of the Rising next year. 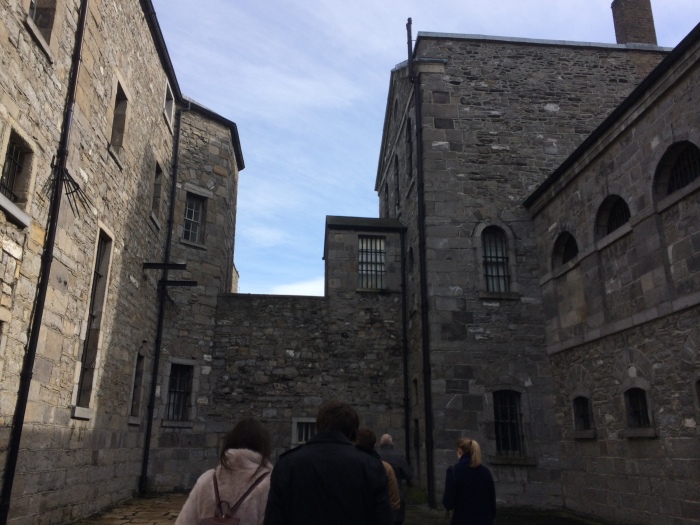 The famine, 1845-1850, caused many farmers to move to Dublin to look for work. Conditions were so wretched in the city that the prison population at Kilmainham skyrocketed because of people being arrested for stealing food or other petty crimes. Some people committed their crimes in front of police so they could go to jail where they knew they’d be fed and avoid starvation.

On the walk home:

St. Patrick’s Cathedral, across the street from our apartment