Last night after the kids and I had put on our jammies and settled into our bunks on the MS Nordkapp and Laurel and I had attempted to sing all of “American Pie,” an announcement came over the PA: “Ladies and Gentlemen, you can now see the Northern Lights.” We quickly dressed and hurried down to Deck 5. Laurel arrived a few minutes before Charlie and me. When we met again in our cabin near midnight, she said that she had seen “residue” of the lights. Charlie and I didn’t see them. Today is cloudy so we won’t see them tonight. We will go on a bus tour Sunday night in Tromso where the bus driver will get the latest weather and light information and drive us to see them if possible.
Today the ship stopped in Honningsvag where the kids and I walked around town with a fellow American passenger, Maureen from Long Island. Tomorrow we’ll go to a snow hotel near the Russian border, and Saturday we’ll be back in Tromso to spend two nights in a hotel.
I didn’t think I’d have cell service on the ship, but we’re usually not far from land; and there’s free wifi on board. So I’ll try to post this with a few photos. 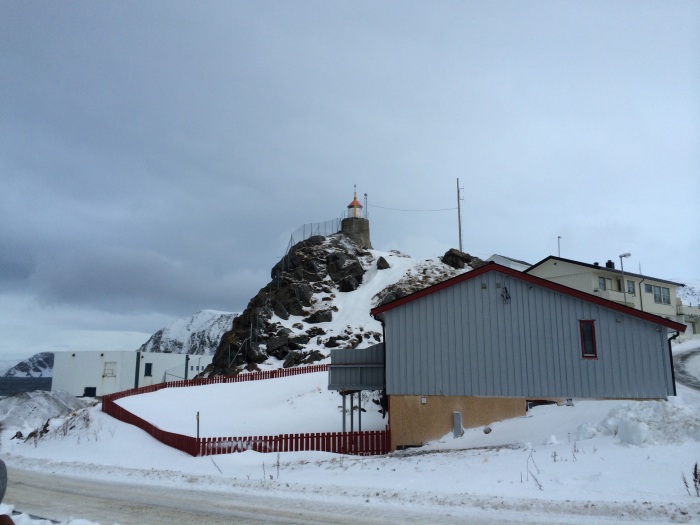 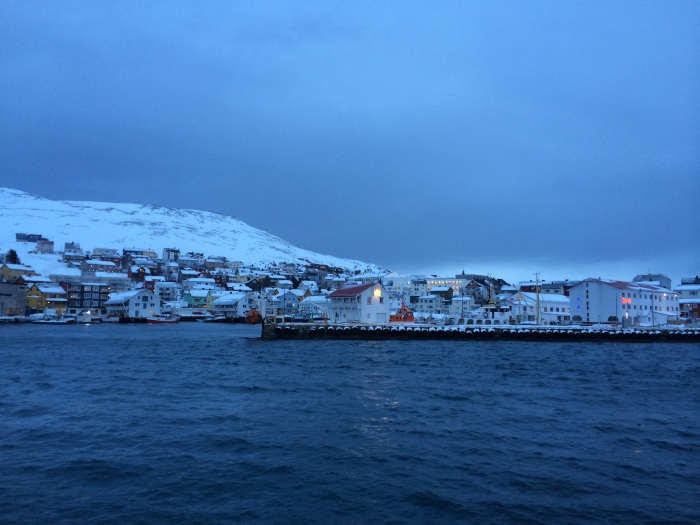 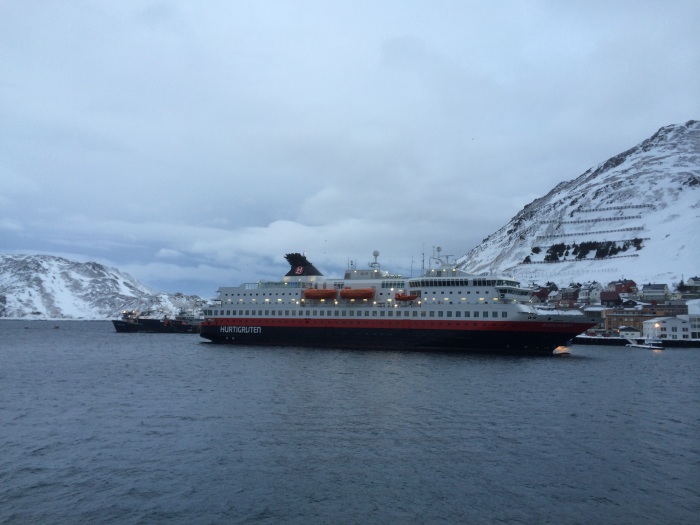