The kids went downtown without me a few days ago to visit a downtown park that someone at the laundromat told me about and to go in a fancy hotel that we had read about. 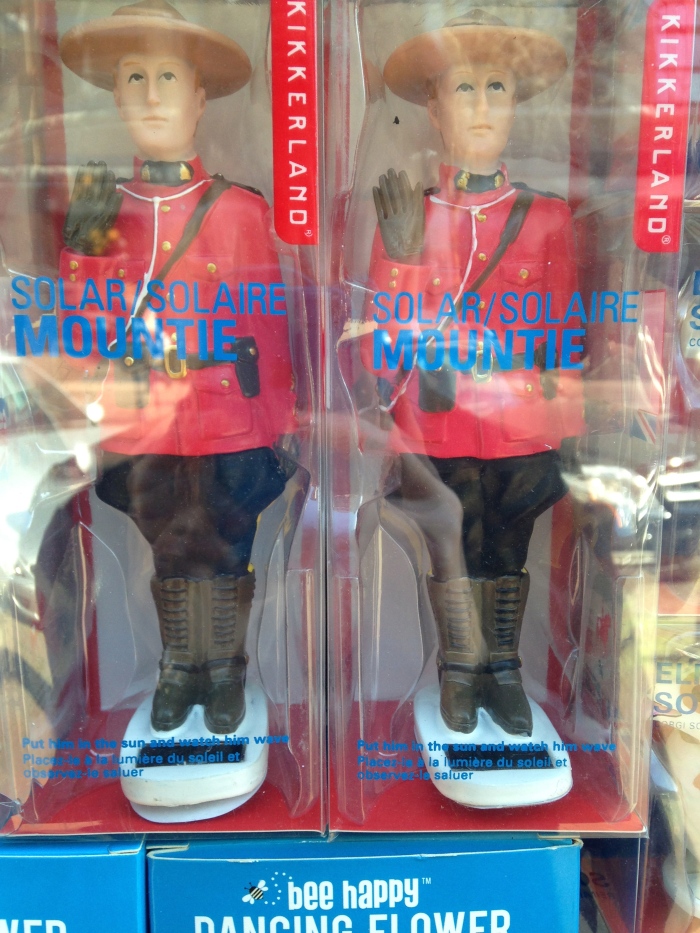 On Sunday we took the bus west a few miles to Pacific Spirit Regional Park and walked in the woods. It reminds me of Muir Woods without the crowds.

Yesterday Laurel stayed home since she has a cold (again!) while Charlie and I took the train east to Burnaby, a large suburb whose tremendous skyline can be easily seen from the Vancouver Lookout. Kaitlyn, who was working at the Lookout that day, told us that some people think that’s the Seattle skyline (but Seattle is much too far away to be seen from Vancouver). She talked about how big the mall is in Burnaby, so Charlie and I went to Metropolis at Metrotown (its actual name). It was underwhelming considering what we could see from the tower. But when we returned, we walked around Vancouver a bit.

The trains here are driverless. I thought that sounded dangerous until I heard the NTSB announcing the reason for the Chicago airport train accident as the driver falling asleep.

Outside the science center 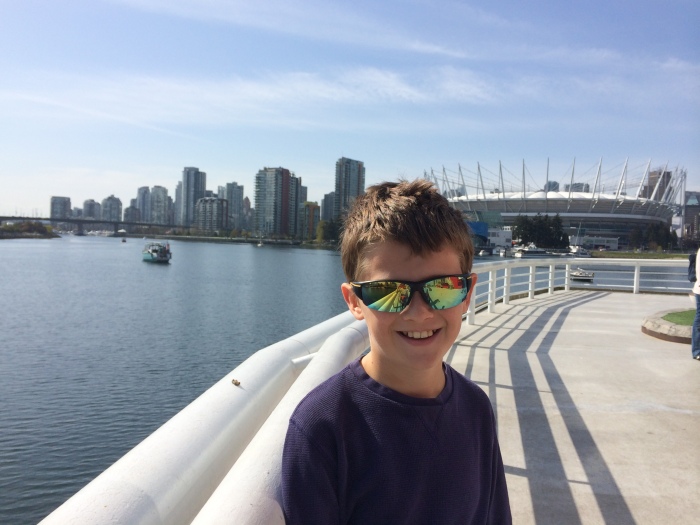 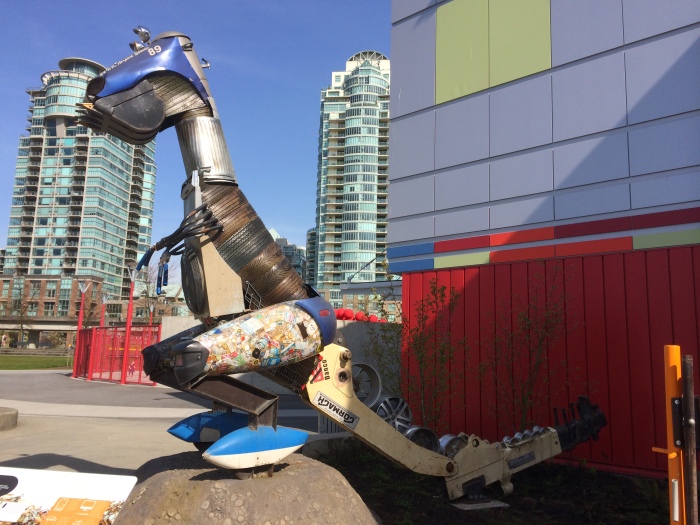 This T-Rex is made from trash. There was a depressing sign next to it with statistics about how much waste goes into landfills every year. 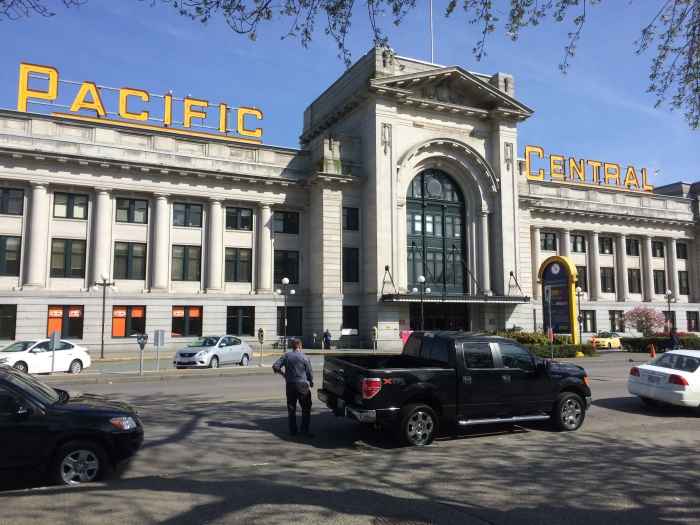 Today we went to Granville Island which is actually a small peninsula south of downtown with a big public market – produce stands, a butcher shop, and restaurants – as well as clothing, jewelry, and art stores. We took the train near there and then a tiny boat over. 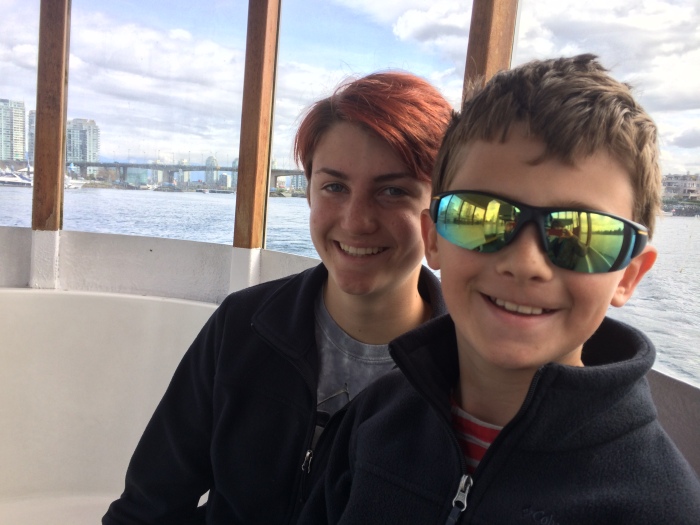 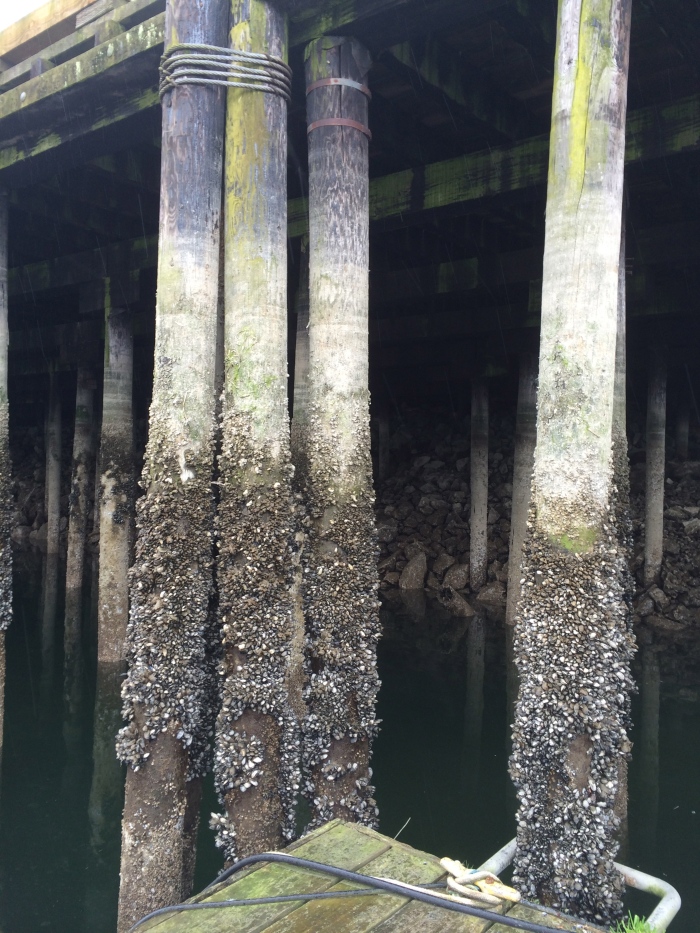 There are so many beautiful flowering trees in Vancouver. This one is a couple blocks from our house.

And on an unrelated-to-Vancouver note: Barb e-mailed me today to tell me that Dave Philipps, an investigative journalist with the Colorado Springs Gazette, has won the Pulitzer Prize for national reporting, only the second Pulitzer to ever be won by the Gazette. Philipps reported last May on returning, wounded soldiers who were given other-than-honorable discharges so that the military wouldn’t have to pay for their care. Colorado’s two senators attempted to reform the situation, but their amendment was removed from the final bill. Here is a link to the Gazette article with the Pulitzer announcement:
http://gazette.com/the-gazette-and-reporter-dave-philipps-win-pulitzer-prize/article/1518222