We enjoyed our short time here in the Black Forest.  We arrived in Baden-Baden by train yesterday afternoon from Paris and checked into the Holiday Inn Express.  We then walked downtown and to the Christmas Market which we found out is nearly all food booths.  We bought some tasty treats including Glühwein (hot wine) for me and Kinderpunch 🙂 (hot grape juice) for the kids. 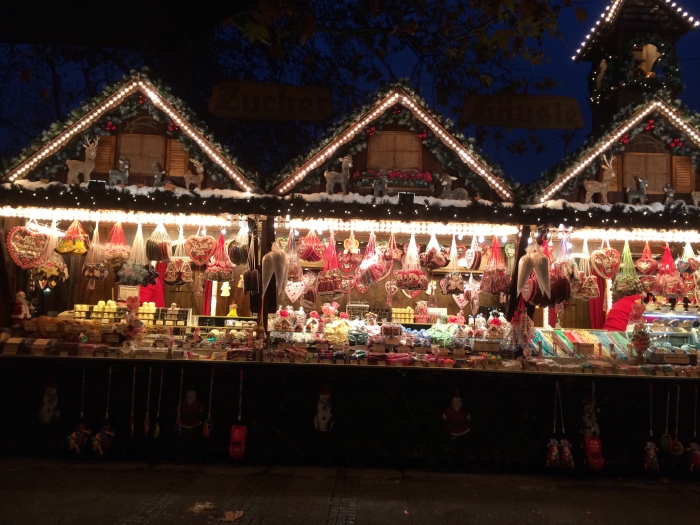 After an Internet search last night, I found that the lovely mountain town of Triberg is the place to get a cuckoo clock and that it is accessible by train.  We initially got on the wrong train today and ended up in Karlsruhe, a larger station with several restaurants, including one that served delicious, inexpensive doner (shaved meat like we ate in Turkey), and that had pretty Christmas decorations.  We still had time to kill before our train to Triberg so we went outside and walked around the neighborhood.  When we came upon this scene, I was thinking that we must really be lost, 🙂 but it was a local zoo.  We were surprised to see the elephants out in the cold weather.

So then on to the town of Triberg.  Some of the cuckoo clock stores and restaurants are closed on Wednesdays, but we were happy with what we did find. 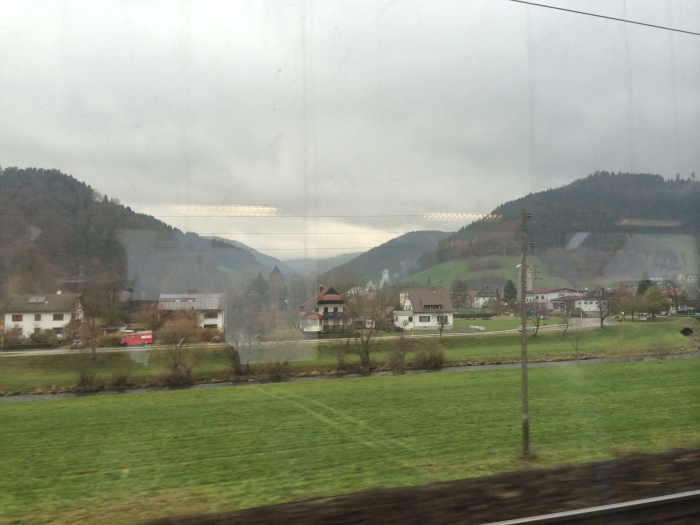 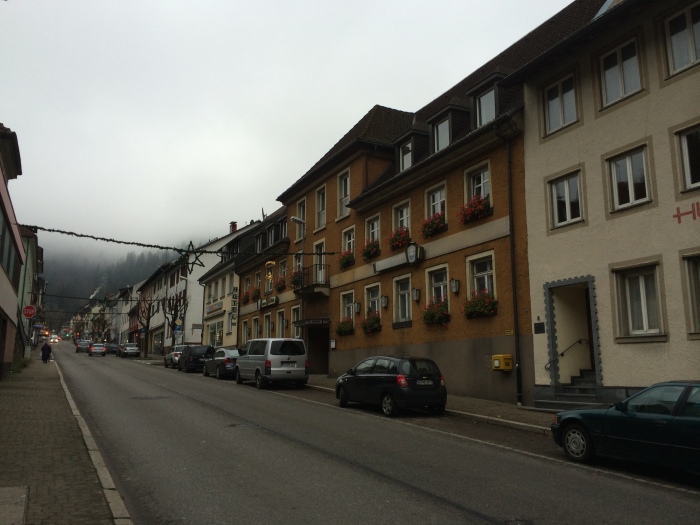 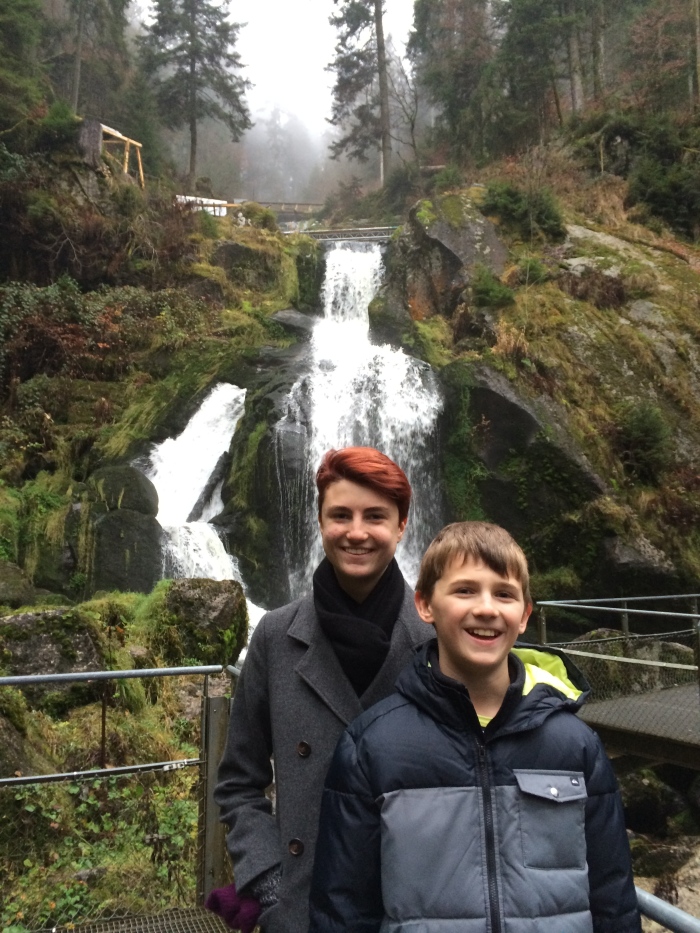 As we waited on the train back to Baden-Baden this evening, we read the signs in the small Schwarzwaldbahn Museum at the Triberg station.  When we read the following sign about Germany having to give trains to France after the first world war, Laurel said it sounded like France turned Germany upside down and shook out its pockets.