We returned to Vancouver from Maui Friday morning, moved from one apartment to another Saturday afternoon, and took a taxi to Whistler Sunday afternoon. Monday was Laurel’s 14th birthday, and we went zip lining through the temperate rainforest in the morning. There were just two other zip liners with us, a man and his 8-year-old son. We had two great guides, Timmy, a big, funny, red-haired and red-bearded Australian (Many of the seasonal workers here in the lodge, grocery, zip lining, etc. are Australian.) and Kate from Ontario, who is, of course, delightful as all Kates are.
The zip lining here was just as thrilling as in Costa Rica although it seemed safer. In Costa Rica there were about ten of us in our party. As we waited to zip line, we would stand, packed like sardines, on tiny platforms with no railing about 15 stories off the ground. I didn’t take any pictures on that zip lining tour because just getting the camera out of my fanny pack seemed fraught with danger – I would probably have elbowed the person next to me and there was nowhere for that person to move. We also wore work gloves on the Costa Rica zip lining so that we could brake when coming into the next platform. We didn’t have to brake for ourselves in Whistler. The guides put a brake on the cable a little out from each platform and then pulled us in. So it was more work for them but easier for us. We sailed through the air over Fitzsimmons Creek (a river by Colorado standards) which is fed by Fitzsimmons Glacier just up the mountain. We learned about the lichen that grows very slowly on the douglas firs and hemlock trees and is a sign of good air quality, according to our guides. They said none of the lichen, that hangs from the trees like Spanish moss, grows in Stanley Park because of all the pollution from nearby traffic. Timmy told us about hibernating bears, too. He said, in his charming Australian accent, that with only two nearby caves, the 80 nearby black bears would have to do a lot of spooning if they all wanted to hibernate in caves. Instead, most of the bears hibernate by digging around shallow tree roots and making kind of a bed for themselves. The mama bears give birth after nine weeks gestation to one or more tiny, hairless, blind cubs who suckle. The mama then goes back to sleep for two more months. When she awakens, she has a furry, cuter cub than the hairless one(s) she gave birth to.
Laurel got to choose the restaurant we went to for lunch – Dubh Linn Gate which had delicious pub food – and I made some gluten-free brownies with a mix from the grocery store.
We’ll be here in Whistler until June 8. We’re staying in a condo – another free trip for signing up for the timeshare. It’s a pretty condo and a beautiful area.

As Charlie said, “This looks like Vail.” Whistler is a swanky, ski resort town that co-hosted (along with Vancouver) the 2010 Winter Olympics. 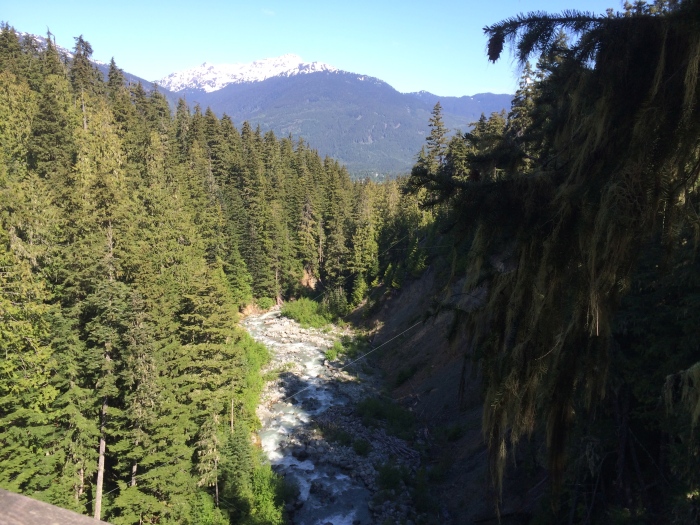 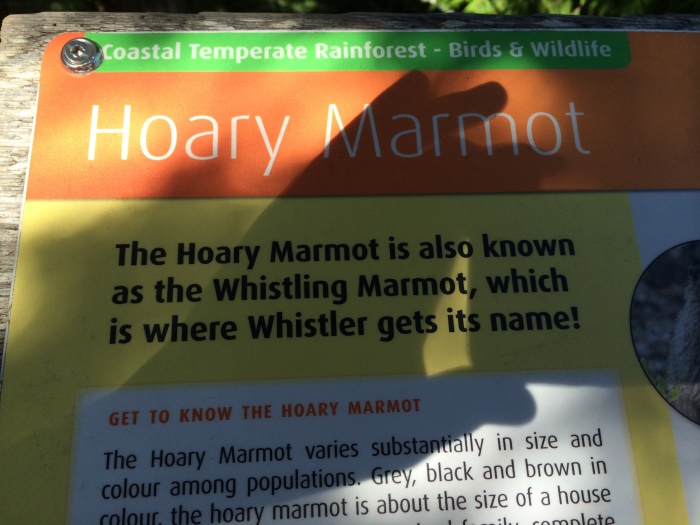 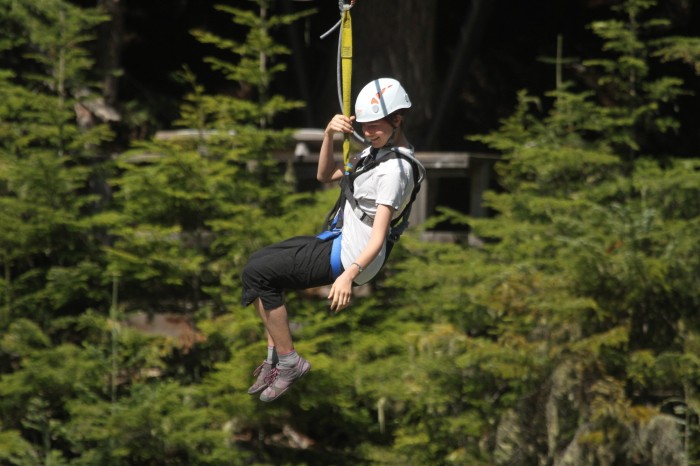 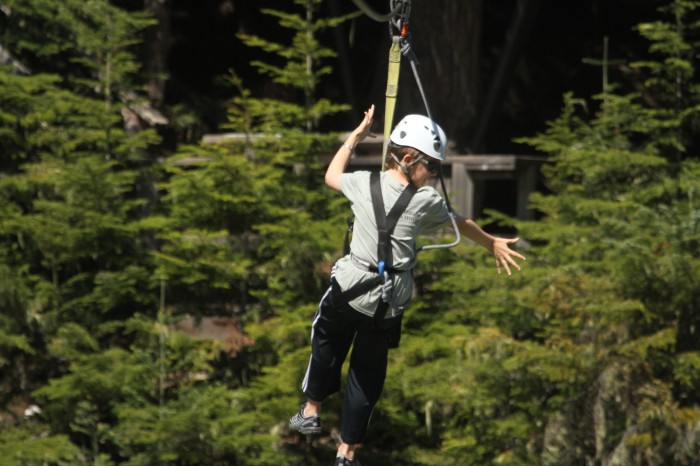 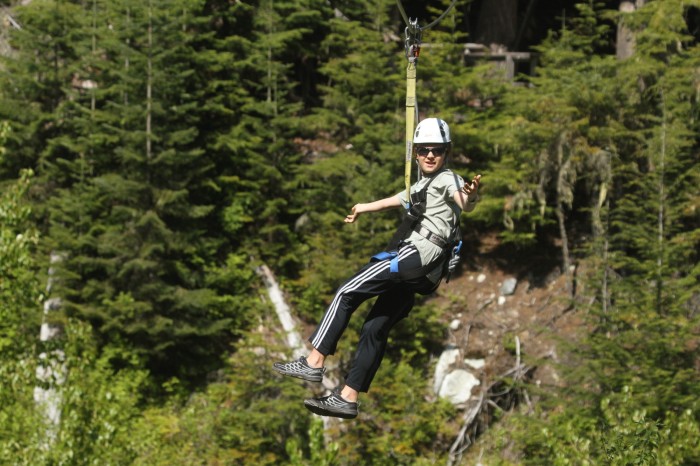 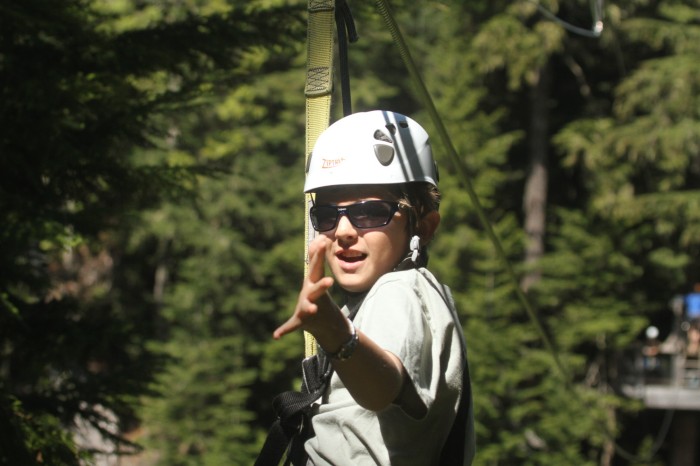 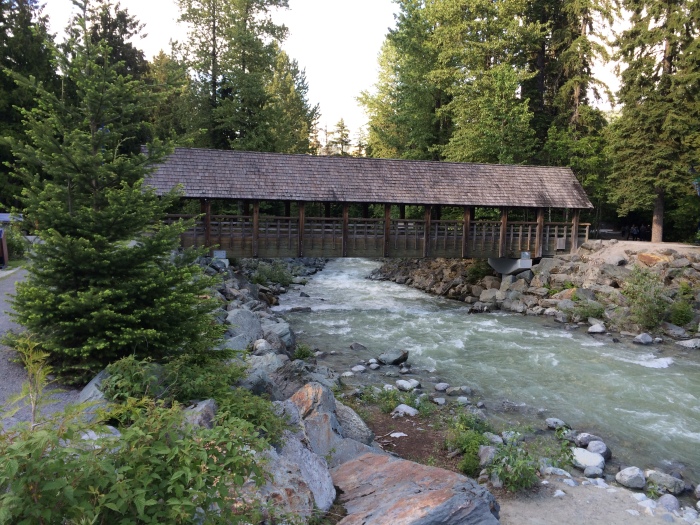 One thought on “Whistler, BC”