I can imagine Wayne saying that due to our protracted goodbye. We sold our house eight months ago, and we still haven’t left the US. We didn’t plan to leave the US until now, but when we run into old friends they express surprise that we’re still here. So really, we’re leaving now. This will be my last post until we fly to Vancouver on April 1. 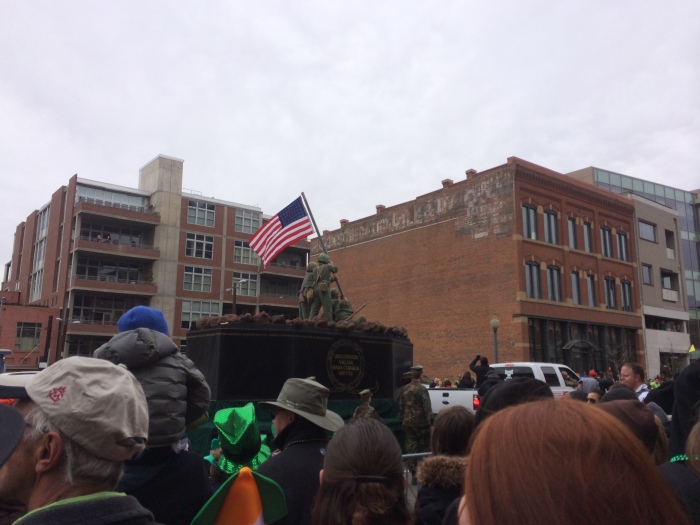 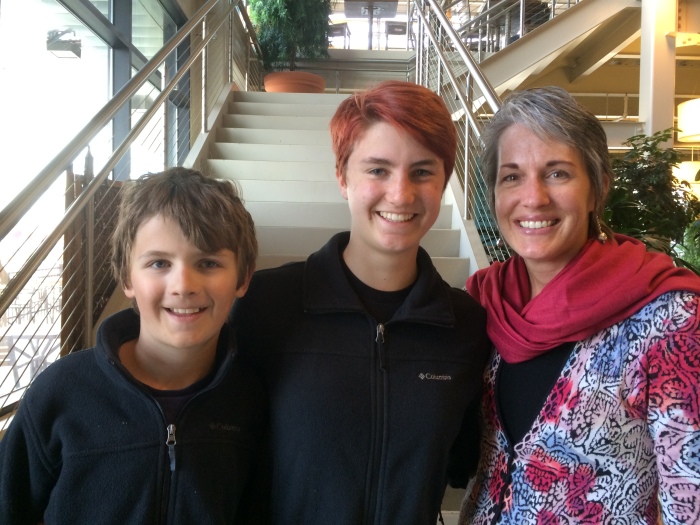 with our friend Laura

Waiting for an RTD bus while drinking our dinner from the water bottle…After visiting with Laura at South Glenn, we did a little grocery shopping at the Whole Foods there. We’d only walked about a block and were near the bus stop when we noticed the soup we bought at Whole Foods was leaking all over the grocery bag. Laurel’s idea was to pour the soup into the water bottle that we brought with us which I did. After we took turns guzzling that, I poured the other one in there. Anyway, the water from that water bottle now tastes like tomato basil soup. Isn’t that a wonderful story? 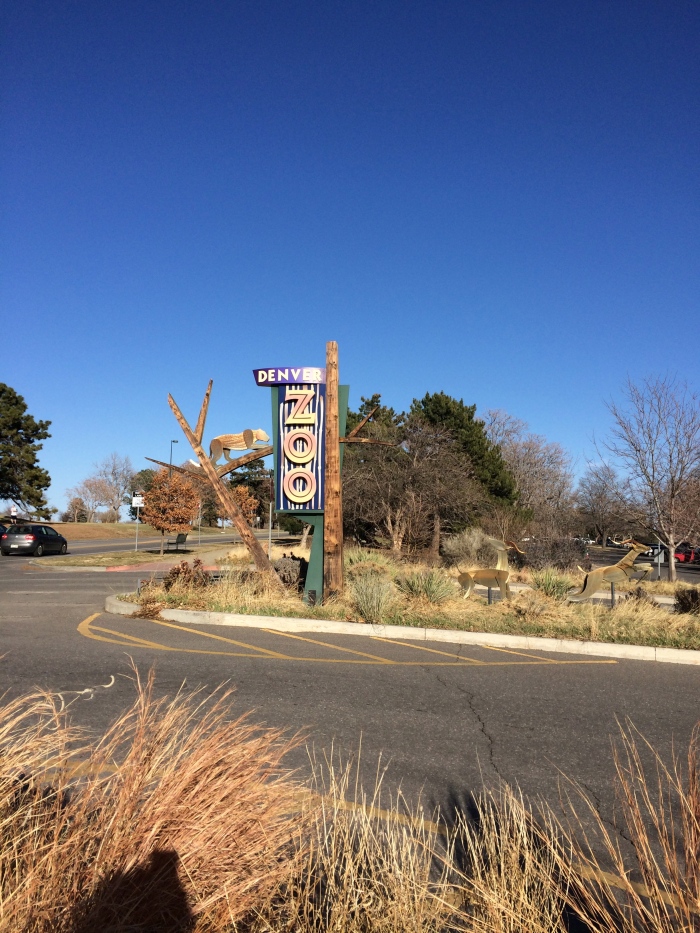 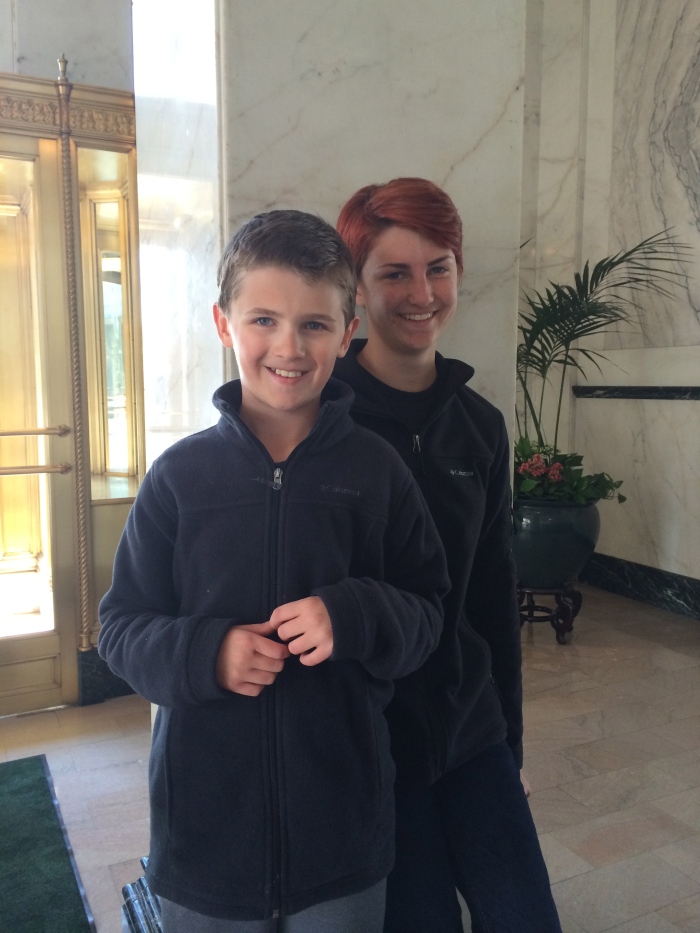 On the first floor of the clock tower in downtown Denver – Wayne and Charlie sometimes went up in the clock tower on their Denver adventures when we lived in Castle Rock. Now there must be new management who spruced up the place, and you can’t go up to the top except on weekends when they give tours and charge $15/person. Charlie was quite disappointed. 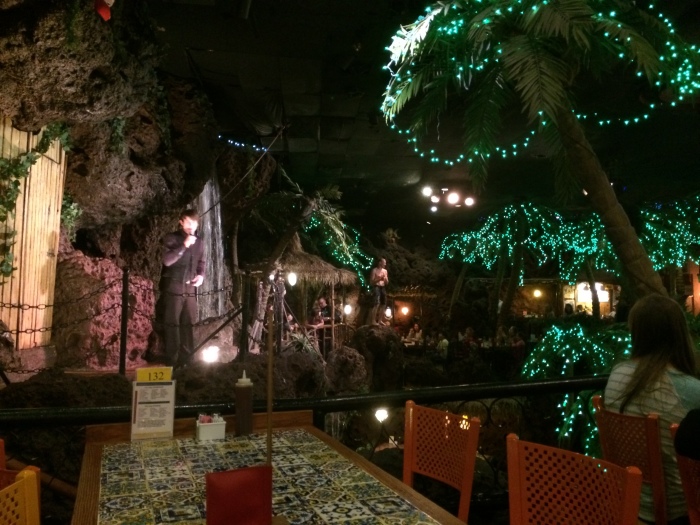 Can you see the cliff diver in the distance? Every 15 minutes a young man does a few dives into the pool below – supposed to replicate Acapulco.

There’s a South Park episode in which Cartman goes to Casa Bonita, so this plush toy was placed on the cliffs in his honor.

Twenty-six-mile long Colfax Avenue starts east of Denver and runs to Golden. It’s the longest commercial street in the US.

We had fun in Golden today (Thursday). We waited in line 45 minutes at the Coors parking lot in order to get on a shuttle bus to take us to the brewery for a tour. Unfortunately, the line was long, and the buses were not. It looked like we had another 30-45 minutes left and would not have been able to see much else, so we got out of line and walked around town. 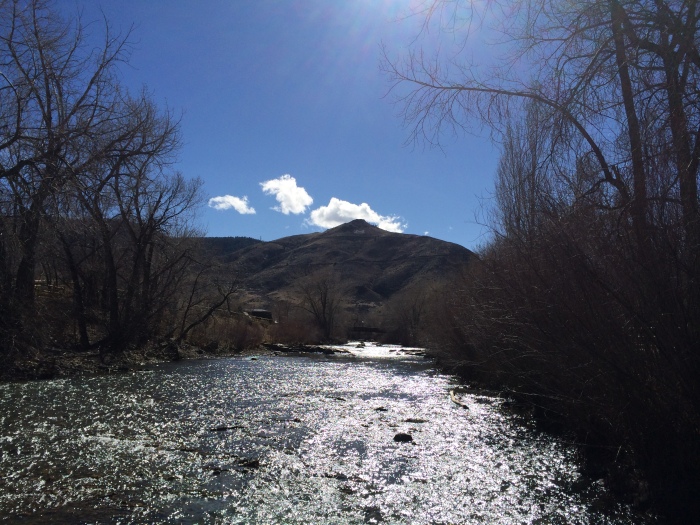 Late-1800’s cabins, outhouses, and chicken coops from an area 15 miles west of Golden were taken down and rebuilt along Clear Creek. There are a variety of chicken breeds kept here. It’s so fun to watch them. It made us miss our backyard hens.

One thought on ““Here’s your hat. What’s your hurry?””