I’m updating my blog with pictures while I’m here at Barb & Ray’s house since I now have a fast Internet connection.
We really enjoyed our time on the central Oregon coast. We saw lighthouses, seals, sea lions, sand dunes, Art Deco-looking bridges built by the CCC, a giant Sitka Spruce, a primordial-looking forest, a newt, pelicans, herons, whale baleen and jaw bones in a couple visitor centers, beautiful beaches, and otters (We think…they were swimming). We toured the Heceta Head Lighthouse with Steve, a volunteer park ranger, who told us that despite the light bulb being only 1,000 watts, the light can be seen for 21 miles because of the powerful, 4-ton, revolving lens that reflects the light. Each of Oregon’s nine lighthouses sends off a unique signal, letting sailors know where they are along the coast. Steve also asked us a little lighthouse trivia: Which state has the most lighthouses? Michigan!
We hoped to see whales in Depoe Bay where gray whales can be seen most of the year. However, they left a little early for their trip to Baja California where they’ll stay for a couple months.
Monday we’re flying from Denver to Phoenix where we’ll be staying in a small house until mid-December.

Walking on the beach by our rental house

The birthday boy enjoying his flourless, chocolate cake at a Yachats restaurant

A little after sunset – view from our living room, looking out at the ocean 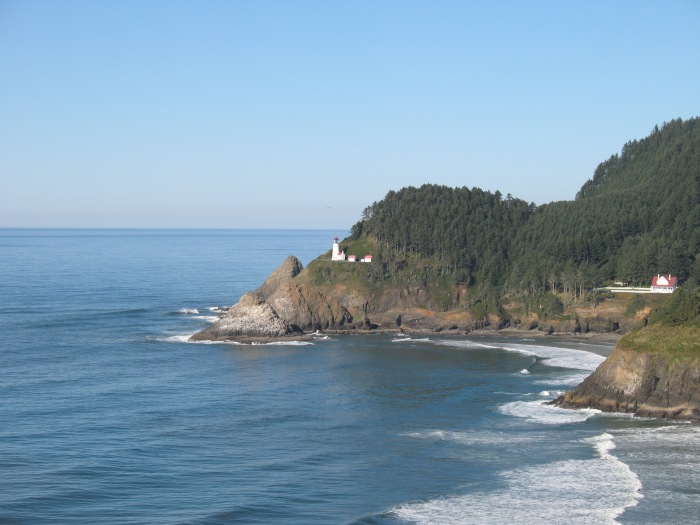 Heceta Head Lighthouse from a distance 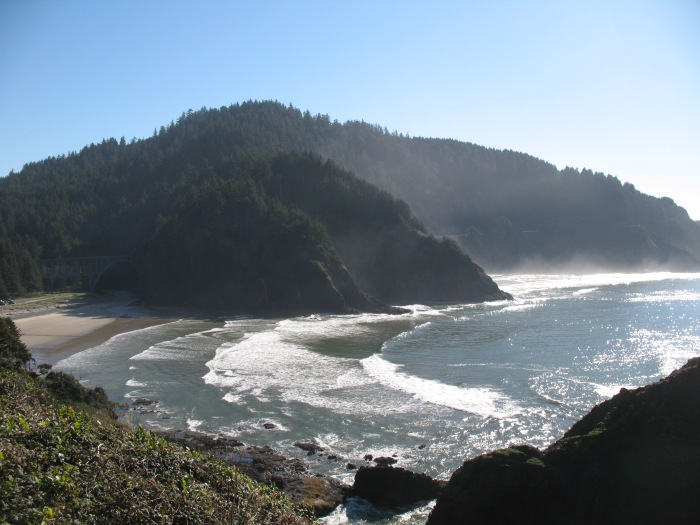 View from the lighthouse trail

Sea lions far below us near Heceta Head and Cape Perpetua

Yaquina Head Lighthouse from a distance 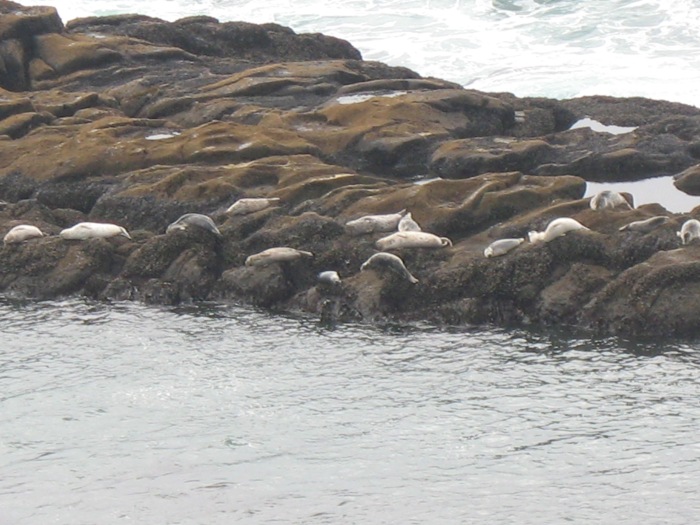 Seals far below us at Yaquina Head

The coast gets rather breezy.

Sitka Spruce – These huge trees have a range from Northern California to Alaska but grow only within four miles of the Pacific Ocean.

No T-Rexes stomped through the ferns in this lush forest despite my expectations.

One thought on “Oregon photos & details”