Our after-dinner walk was so pretty with the light reflecting off the wet tiled pavement that I wanted to do another blog post just for that.

Our hotel is kind of artsy, funky and has paintings of Portuguese artists, actors, and writers on doors. A door near ours features Carmen Miranda. Until now, I just knew her as the lady with fruit on her head; but I looked up her bio online and read that she was born in Portugal in 1909, moved to Brazil where she was discovered by a Broadway producer, moved to the US, appeared in 14 movies, was the highest paid woman in the US by 1945, and died of a heart attack in Beverly Hills at age 46 in 1955. 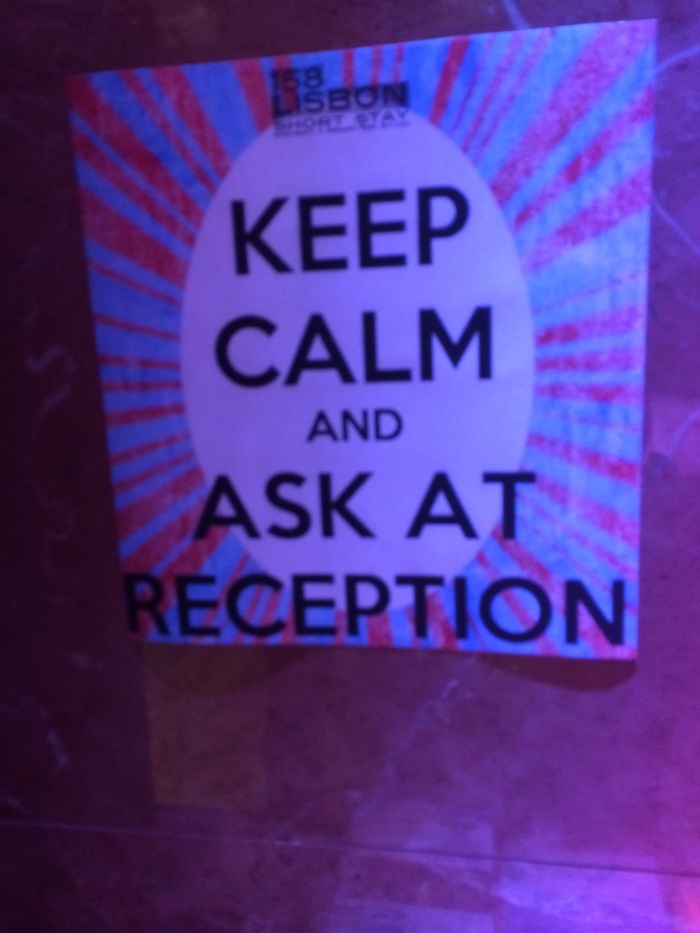 One thought on “Lisbon Tonight”