We’re at a restaurant now, having our last tavuk şiş (chicken kebabs). We’ll get up in the middle of the night and walk one kilometer with our luggage to the palace where we’re meeting our taxi driver at 4 am. Our flight to Paris leaves at 6:25 am. We’re pretty excited but will miss, among other things, the reasonably priced food and clothing in Turkey. We’ll need warm clothes for the European winter, but I read that French law regulates when stores can have sales.  Ok, we’re back at the apartment now.  There’s a winter sale and a summer sale nationwide.  The winter sale is from January 7 to February 10, 2015; but I didn’t want to wait that long to get a coat and some more long pants and long-sleeve shirts.  Yesterday when I bought a couple shirts and pairs of slacks, I asked the sales clerk if she/the store could hem the pants.  I told her I’d pick them up the next day, but there was no need of that.  An old man who worked at the store carried the pants out in a bag to someone close by, presumably.  I paid, and the kids and I were walking down the street – maybe a block away – when the man was walking back from the tailor and motioned me to go back to the store.  The sales clerk verified the pants had been hemmed and handed them to me.  It was unbelievably fast.  And they were hemmed well; I’ve already worn one pair.

Monday was Charlie’s 11th birthday, and we invited our new American friend Karen for lunch and cake at our apartment.  She gave Charlie a cool Lego truck that he and Laurel had fun building.  That was the third cake in a week I bought for Charlie.  🙂  There’s at least one bakery on every block here, and they all have fabulous cakes in the window.

Last night we went to two performances at the Hodjapasha Dance Theater in Old Istanbul in a building that used to be a hamam – Turkish bath.  The first was a Sema, a religious ceremony of the Whirling Dervishes.  Management issued numerous threats in a variety of media – scrolling digital wall display, announcement before the ceremony, and a large sign – that said attendees were not to take pictures during the ceremony.  So, unfortunately I have none to post here except of the back of the program and the tiny doll I bought there.  🙂  The Dervishes are Sufis who worship God with their dance.  They have their arms up through most of the dance.  The right palm is upward to receive God’s blessing while the left palm is down to shower humanity with this blessing.  They wear long hats that are meant to be tombstones for their egos while their white skirts represent the ego’s shroud.  There were wonderful musicians playing and chanting throughout the ceremony. The next performance could hardly have been more different.  It was supposed to be folk dances from Turkey and surrounding areas, but there was no indication of what dance was from where.  One of the dances seemed distinctly Irish while another was pure ballet.  There was also a lot of belly dancing, including a man doing two solo belly dancing performances!  So it was fun and interesting.  Like so many other sites and events we’ve seen/attended in Turkey, I wish there had been more information available about what we were seeing. I better shut up now – still lots of packing to do.

Laurel took this photo of some beautiful vandalism that we watched being spray painted on the side of a building in a little side street/alley last week while we were eating dinner nearby at an outdoor cafe (and Charlie and I were smelling the hookah smoke and paint chemicals).

Laurel took this one, too. She said, “That is one bad-ass cat.” 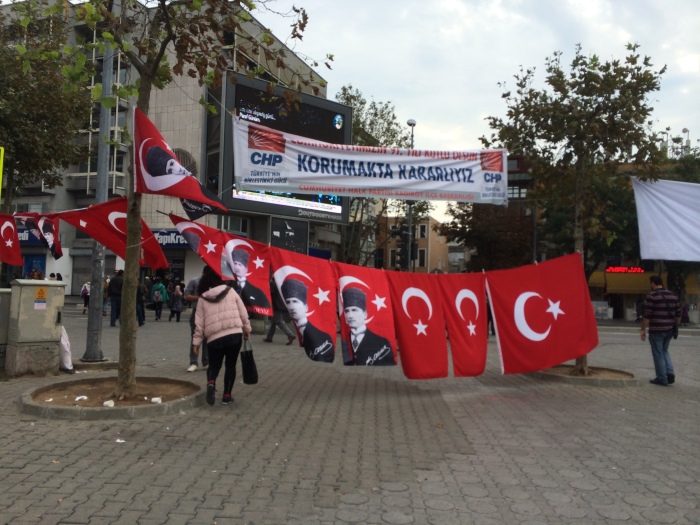 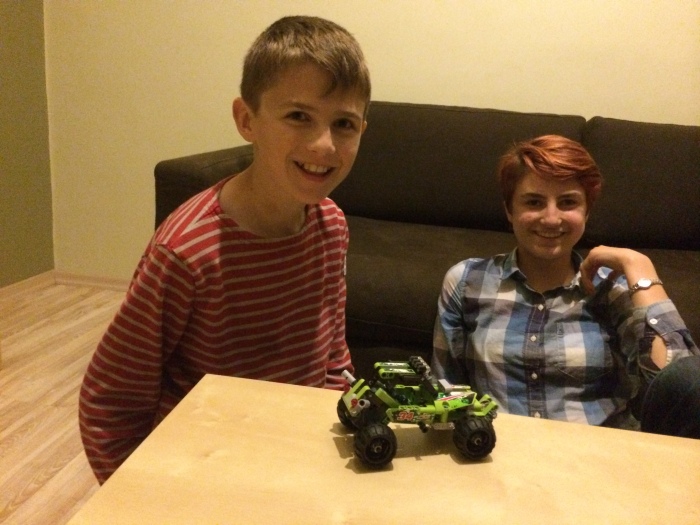 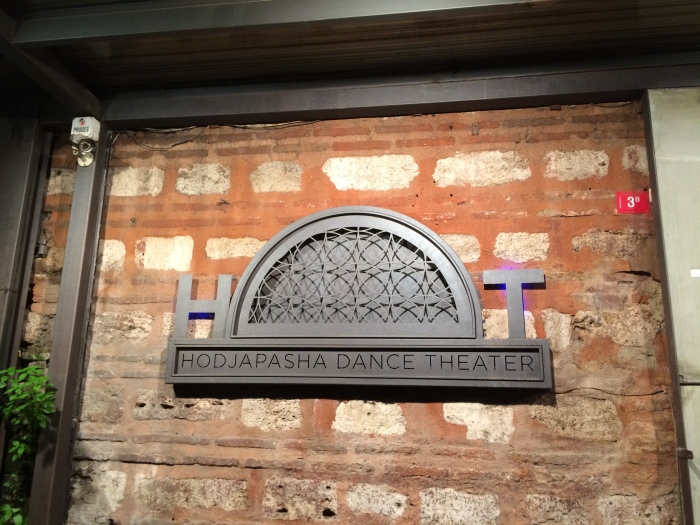 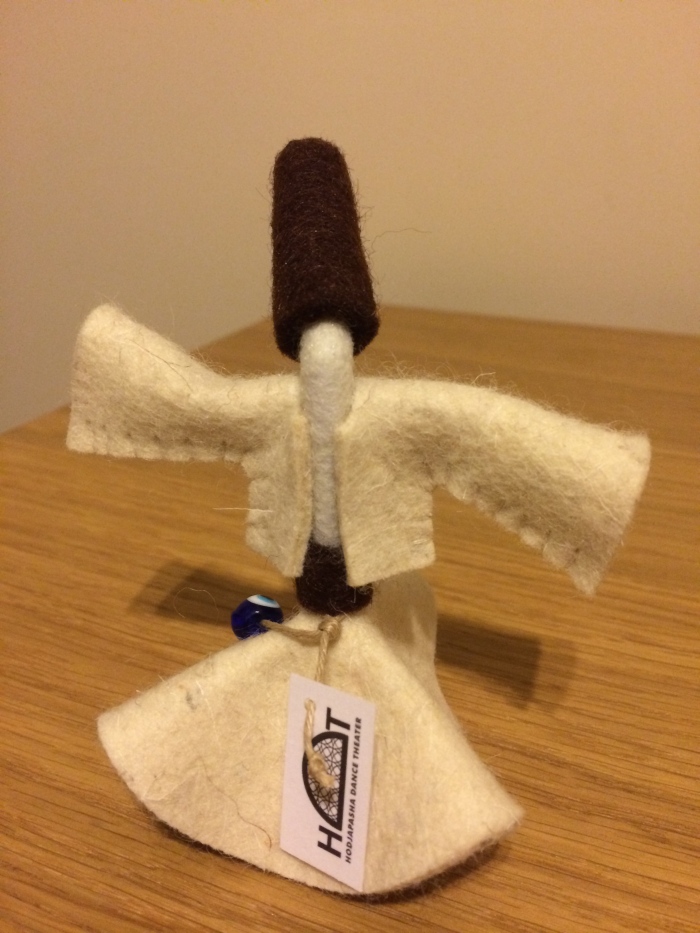 A few days ago I was looking at Trip Advisor and realized we hadn’t seen a number of the top-rated places, including the Hagia Irene (“Holy Peace”) and the harem section of Topkapi Palace. We took the train to the general area and had cappuccino and milk shakes for lunch. (I’m all about good nutrition!) It was such a pleasure to sit in this beautiful cafe with friendly service and delicious drinks and not be elbowed and shoved by the crush of humanity at the tourists’ sites. So we didn’t go. We leisurely finished and then shopped a bit at the stores in the nearby fancy hotel, took another walk along the Bosphorus, and took the train back to our neighborhood. While we were having our cappuccino though, I figured we could still get a history lesson in, so I researched coffee on my phone while we drank. Cappuccino is named for the Capuchin monks because their reddish-brown robes became synonymous with that color which is also the color of that coffee.